A Photo For Today: The Roots of Discovery Island

Discovery Island is a colorful place. The conceit here is that you have entered an island where the people revere nature in all of its forms. These ancient nomads wandered the globe until one day they found the Tree of Life and stayed put. The magic of the tree and the bark where animals from all over the world could be seen held the people where they were and they started to build a village around it. 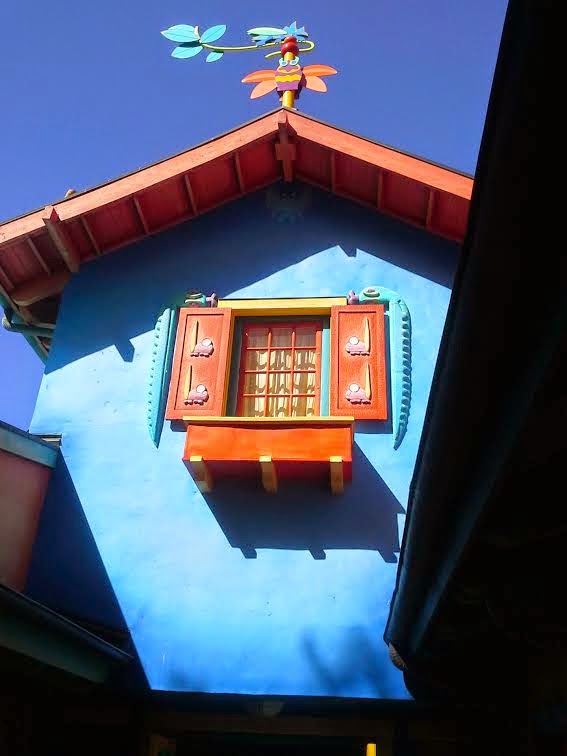 Disney imagineers, using that back story, decided to incorporated numerous different styles of architecture. These people supposedly traveled the world and would be influenced by these styles. Imagineers used influences from various island cultures which often use bright colors. You can see the strong influence of Bali on the island but also the Caribbean and Polynesia as well as non-island cultures like Mexico, Spain and Iran.