Over the coming months and years we can expect quite a few “Avatar Updates” and this week is no exception. So we thought we would do our best to bring our readers up to date on where the project now stands.

Last week OrlandoParkNews.com had an exclusive story, along with a great set of photos, chronicling the project’s very first steel beam finally going vertical. In what is a great tradition all over the construction world, the workers added their own personal touch. It reminds of a friend of mine who worked on the construction site of the new Yankee Stadium. He used to drop his business card into the wet concrete before it was poured.


Scott Keating, quickly becoming every Disney fan’s favorite aerial photographer, has another shot from above Pandora. Since his last photo in early November, we can really see how much work is getting done. The website wdwthemeparks.com has the images. 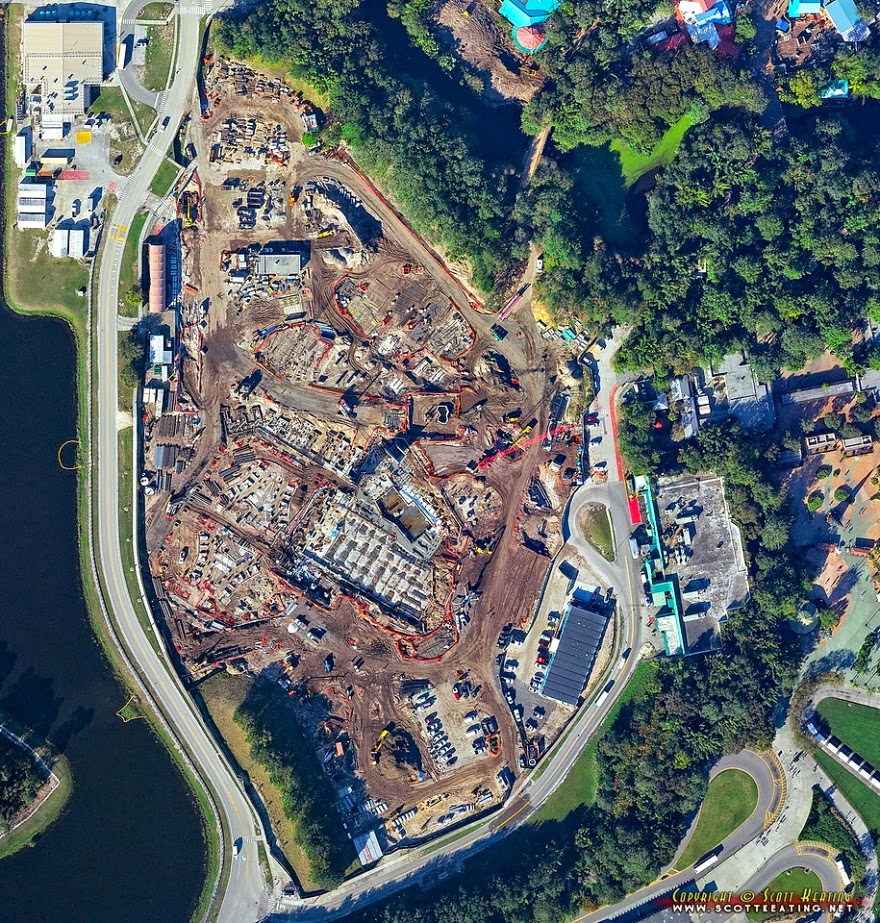 Despite significant progress, it still confounds us to think it has been over three years since this project was announced and we have only just recently seen the first steel beam go up. Let’s hope this new rapid pace continues.