More Discovery Island Walls: The return of some elbow room we reported a few weeks ago on Discovery Island has apparently disappeared again as new wall go back up in front of the Tree of Life, making for a serious bottleneck situation over there. Disney tries to suspend as much construction as possible during the incredibly busy holiday season, and that is apparently what happened here. But as the crowds thin out, and the operating hours at DAK shrink, construction work gets back into full swing. So, needles to say, we are back to a park full of walls...ugh. 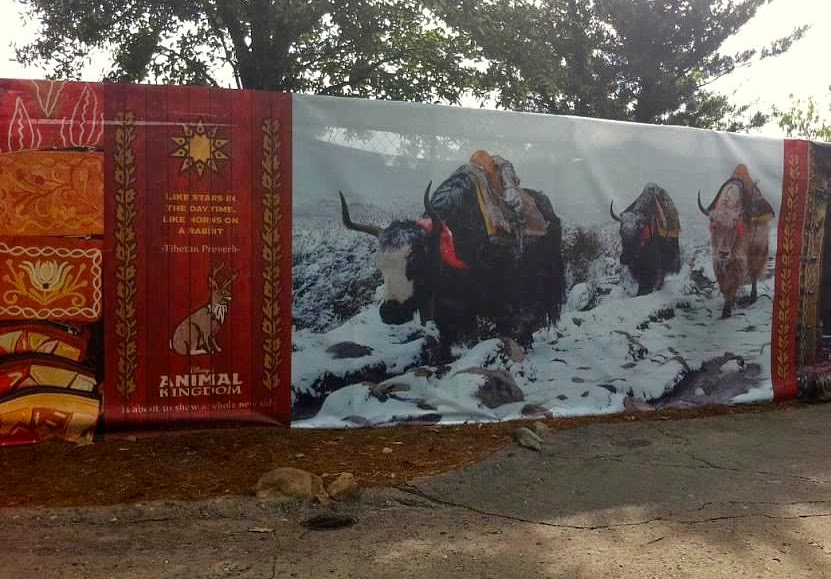 Creature Comforts Gets Fresh Coat of Paint: As we have reported, the old Creature Comforts gift shop has closed and will be gutted in order to accommodate DAK’s Starbucks location. As a result, the building’s exterior has been given a fresh coat of paint and a new color scheme. Here is an article from wdwmagic.com with some great photos. Taken by itself it is very nice, but I am not sure how well it fits in with the rest of Discovery Island.

Posted by JamboEveryone at 12:06 PM