Bamana, or Bambara, people are from the present day nation of Mali as well as Senegal and Guinea in western Africa. They are the founders of the once powerful Mali empire from a few hundred years ago as well as the Bamana Empire which was strong at the time of European colonization. Currently, they are predominantly Islamic but often practice a rare version of the religion that incorporates ancestor worship. Bamana tribes developed castes systems with nobility and vassals. 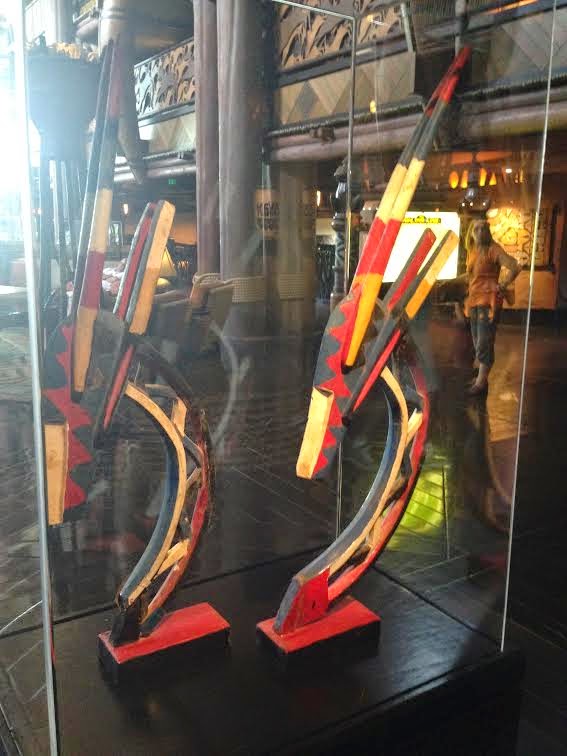 The art work is commonly sold to tourists now, but in the past was an important part of society. Fertility statues, like this one depicting an antelope couple. were kept with wives to ensure fertility. Other statues depicted hunting and farming, and offerings were made to the artwork to promote a good crop or hunt.

by Safari Mike
Posted by JamboEveryone at 6:05 PM