We have been assuming that Disney will do with the Avatar project what it has done with other "major" projects recently, and send us on a years long journey of little tidbits and teasers during the design and construction. And on today's Disney Parks Blog we got another example of just that. Here is a short video released by the Mouse today...

There honestly is nothing new in this video, everything we see here is exactly what we have been expecting to see. But that really doesn't make it any less exciting. There are a few details we now have that truly makes this project look like it has the potential to be a game-changer for theme park design. First is the scale of it all. This photo below show's us the enormity of what we can expect. Just on the other side of what I assume is the bridge to Pandora looks like rough models of people, which makes this rock work archway simply gigantic in comparison. 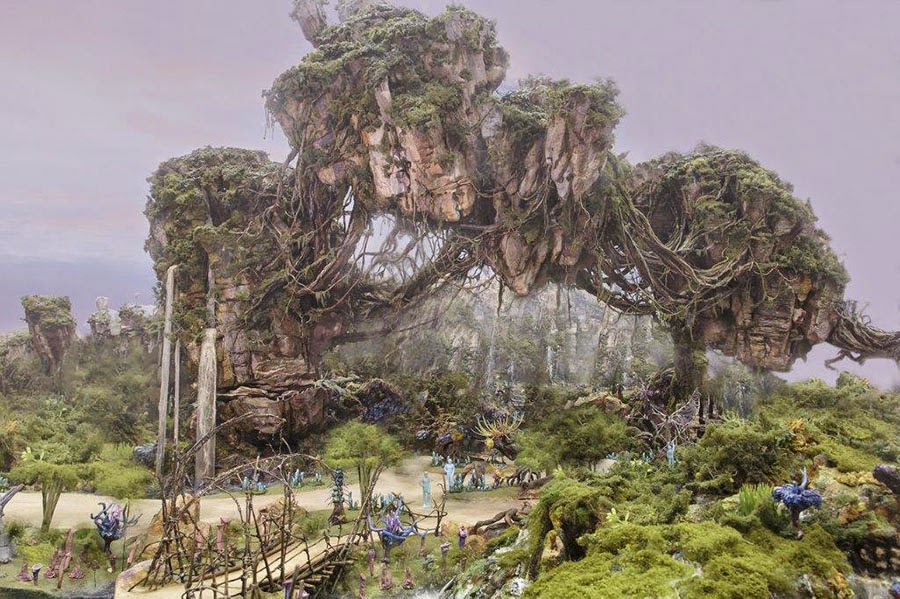 Another example of this scale is in the screen-capture below. What Tom Staggs and James Cameron are doing here is the same thing Disney designers have been doing with these kinds of models since Walt was running the show. They are getting down to the guest's eye level so they can get a sense of the scale. This means we are going to have some impressively large scenery here. 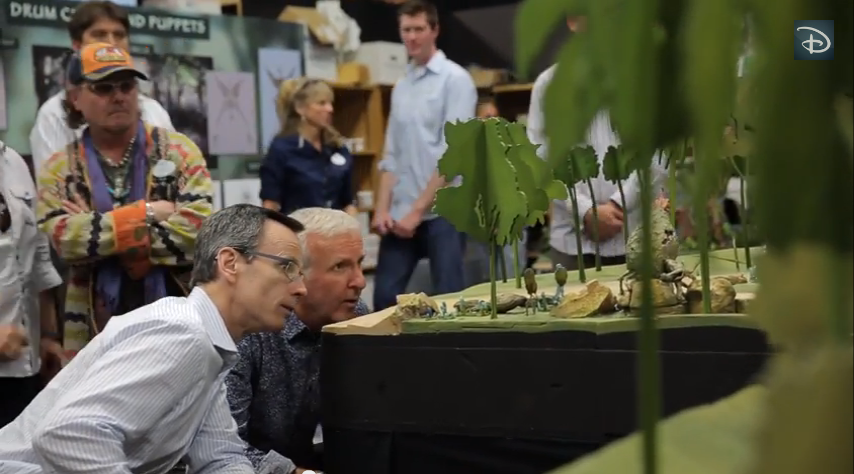 Another exciting discovery is the very reassuring attention to detail going into the scenery and atmosphere of the surrounding area. Check out the big board behind Cameron and Staggs devoted entirely to documenting the variety of plant life being used. People familiar with Joe Rohde and the design of the rest of the Animal Kingdom will certainly see something they recognize as a very Rohde kind of thing to do. The Animal Kingdomk has one of the great plant collections you will find anywhere, and it appears a few mythical ones are about to join the list. 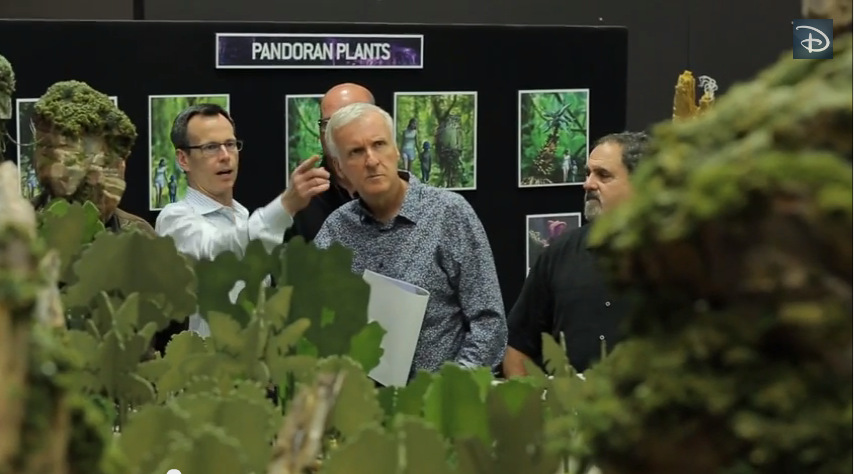 And as we expected, some of these plants are going to be of the "bioluminescent" kind we find in the movie. Here are just a few examples worth taking a longer look at. Slow the video down and you will see that Imagineers are coming up with quite an extensive variety of these. 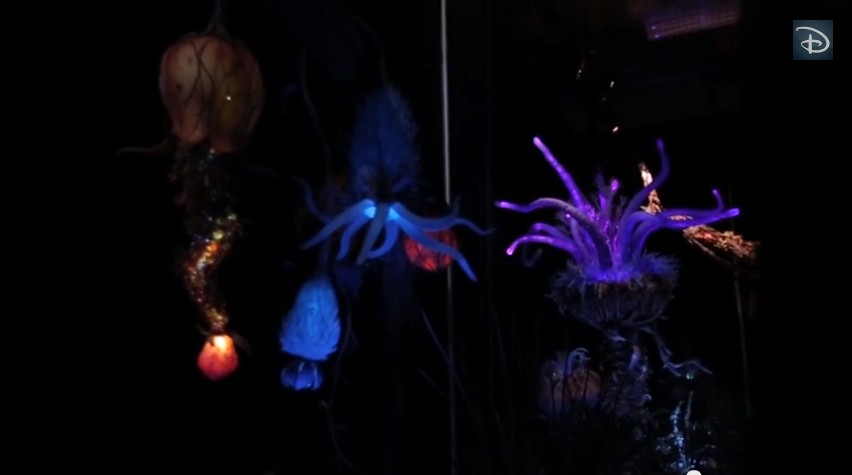 But it is not just plants that will come to light at night. The author of the post talks about this being an entire "interactive bioluminescent forest", which apparently means the ground you walk on will also be part of the show. Check out the footprint left behind in the ground in the photo below. Pretty neat, eh? I think it is this bioluminescent alone which will make the park a nighttime must see for guests to Walt Disney World. 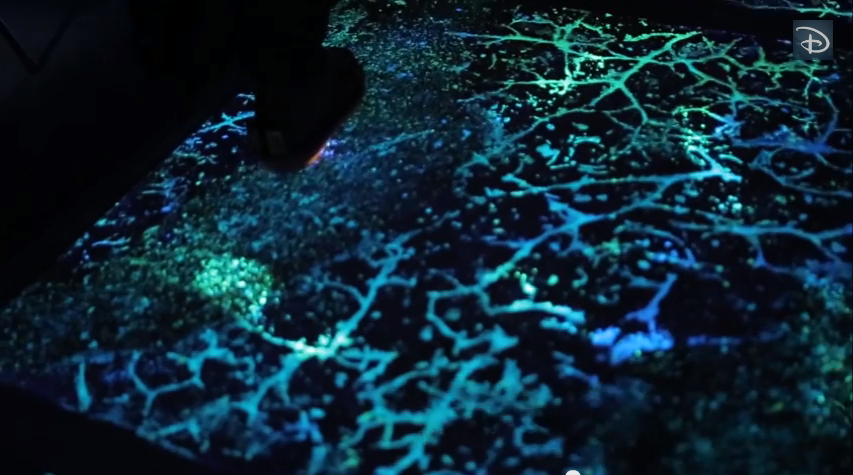 This video may not offer any further clue as to the rides being designed and built. This is just basically about the atmosphere and surroundings. But those of us who love DAK appreciate those details which go beyond the attractions just as much. For me at least, the calling card for DAK is the incredible immersive quality of the different areas. And whether you like Avatar or not, it looks as though Joe Rohde is taking this concept to a whole new level with Pandora.