The Lobi originated in what is today Ghana. However, in the 18th century most migrated into the Ivory Coast and Burkina Faso. They are animist, that is, they worship spirit ancestors. Many keep fetish houses outside of their own mud homes. Thagba is the creator of all living things including the thila, nature spirits. The priest is called a thildar and each village often has several. 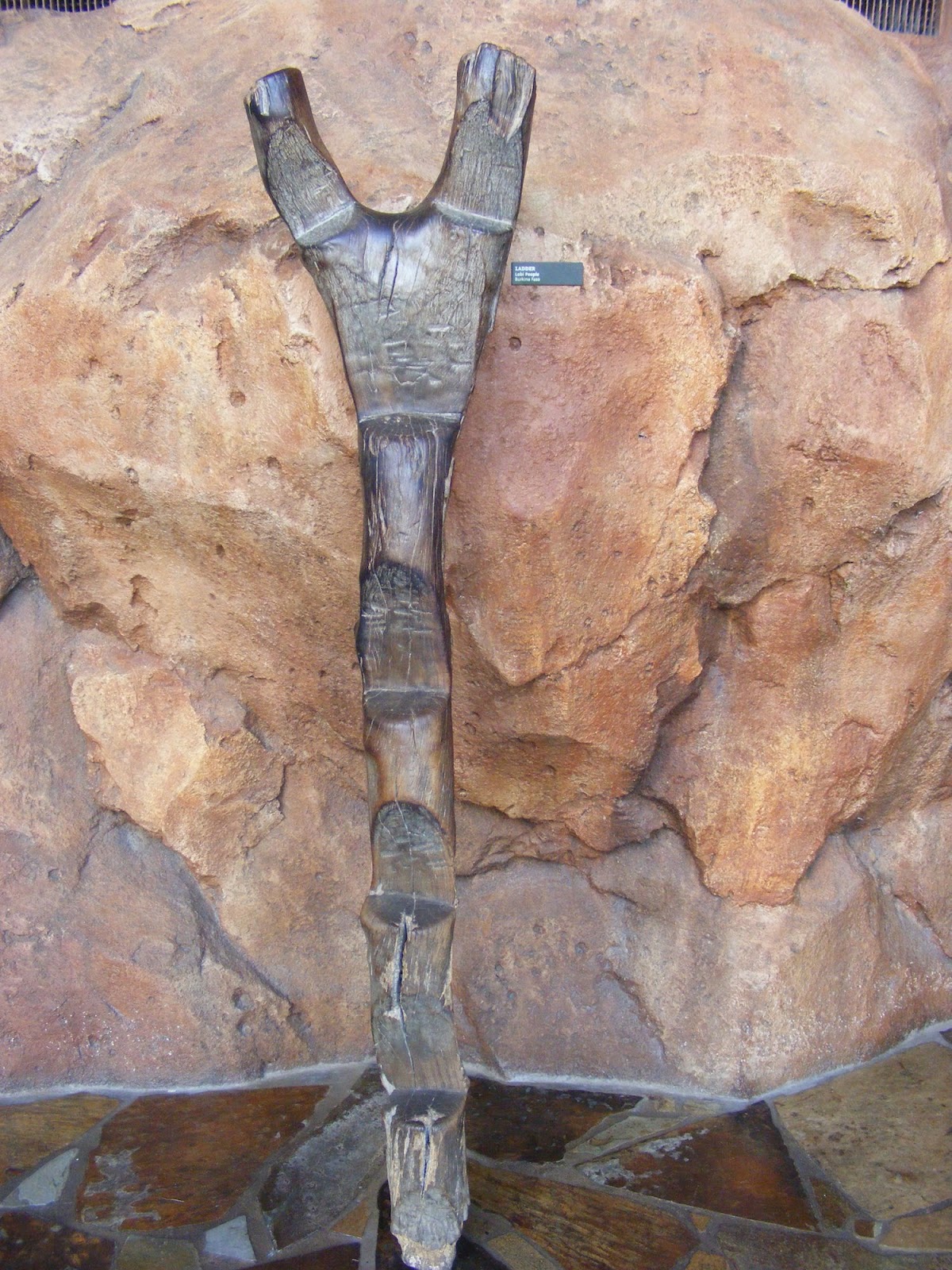 The people live in large compounds that are typically rectangular. Until recent times, houses didn't have an entry way. Instead ladders made from local trees (like the one here) were propped up against the walls. To enter the home, you climbed to the top and entered through a hole in the roof. The roof is typically flat, doubling as a lookout post. The buildings are quite large, holding over a dozen people with several dark rooms. Often there is a well in the center.