Animal Kingdom Theme Spotlight: The Ruins of the Rajah

Truly one of the great spots of the Disney's Animal Kingdom is the ruins of the palace of the rajahs. This area that we are focusing in on is past the initial view of the tigers. As you walk and down the old hunting blind, you come to this site. 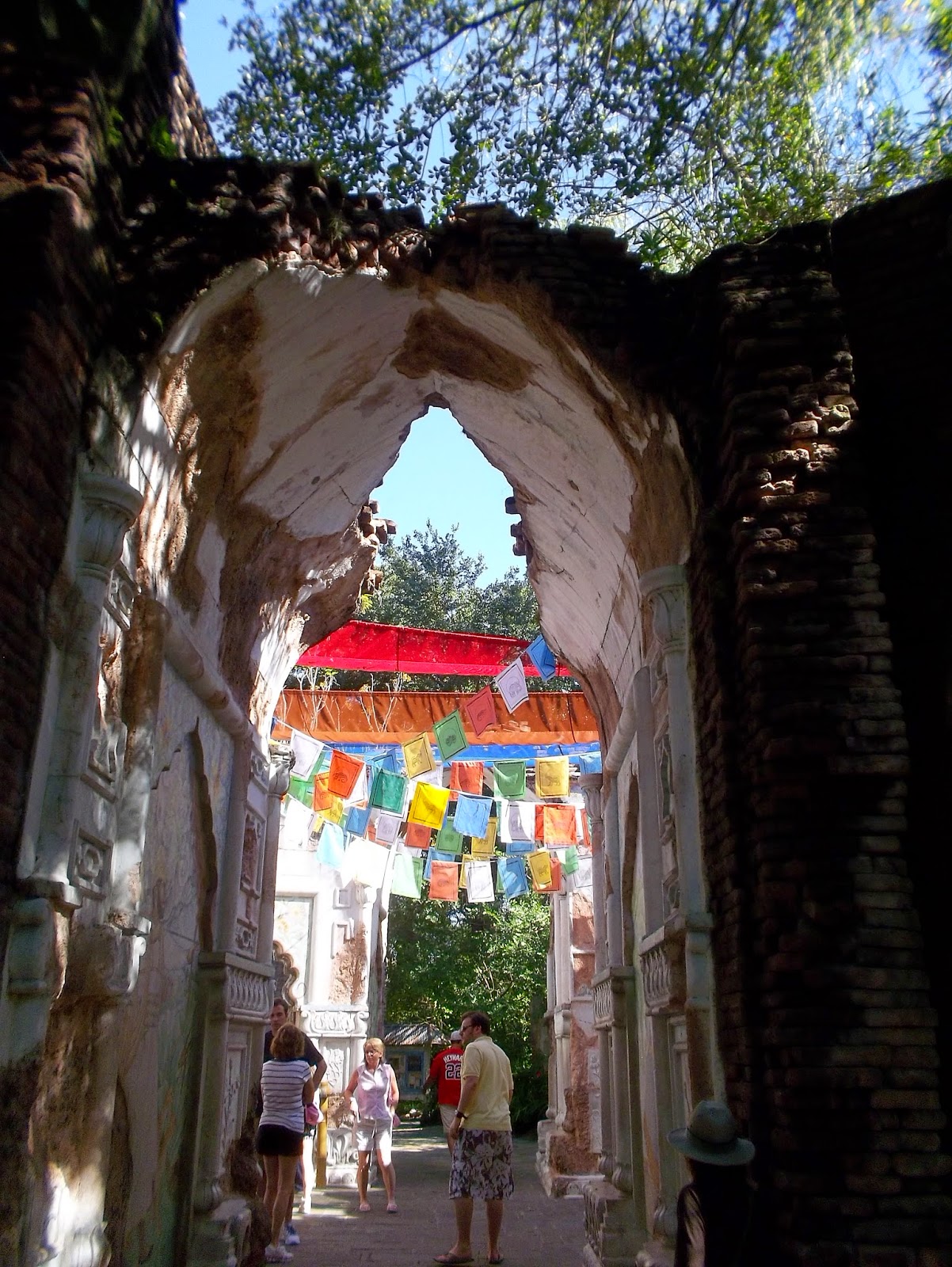 People actually have receptions here. Disney in its brochures refers to it as the Belvedere, the Palaces Herb Garden Ruins. I can understand why, the level of Disney details is extraordinary. It is, of course, a second viewing area for the tigers during the day. 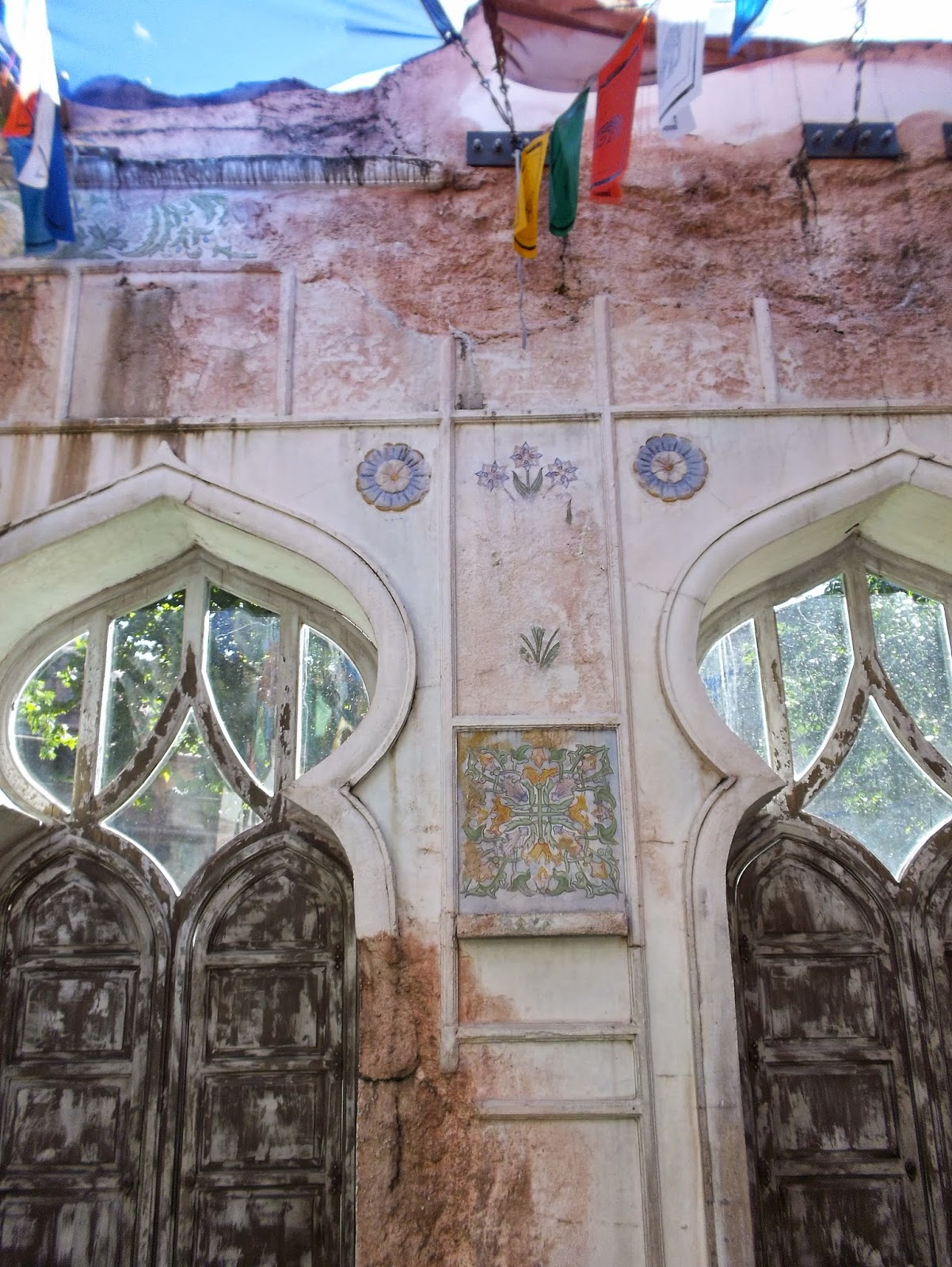 I suppose Disney does not want to refer to it by its real theme, the Maharajah's hunting palace. In the 16th century (1544 to be precise), King Bhima Disampati made this forest a royal preserve. Thereafter, the royal family constructed this palace to conduct hunting parties into the jungle. The King himself depicted in his hunting glory. 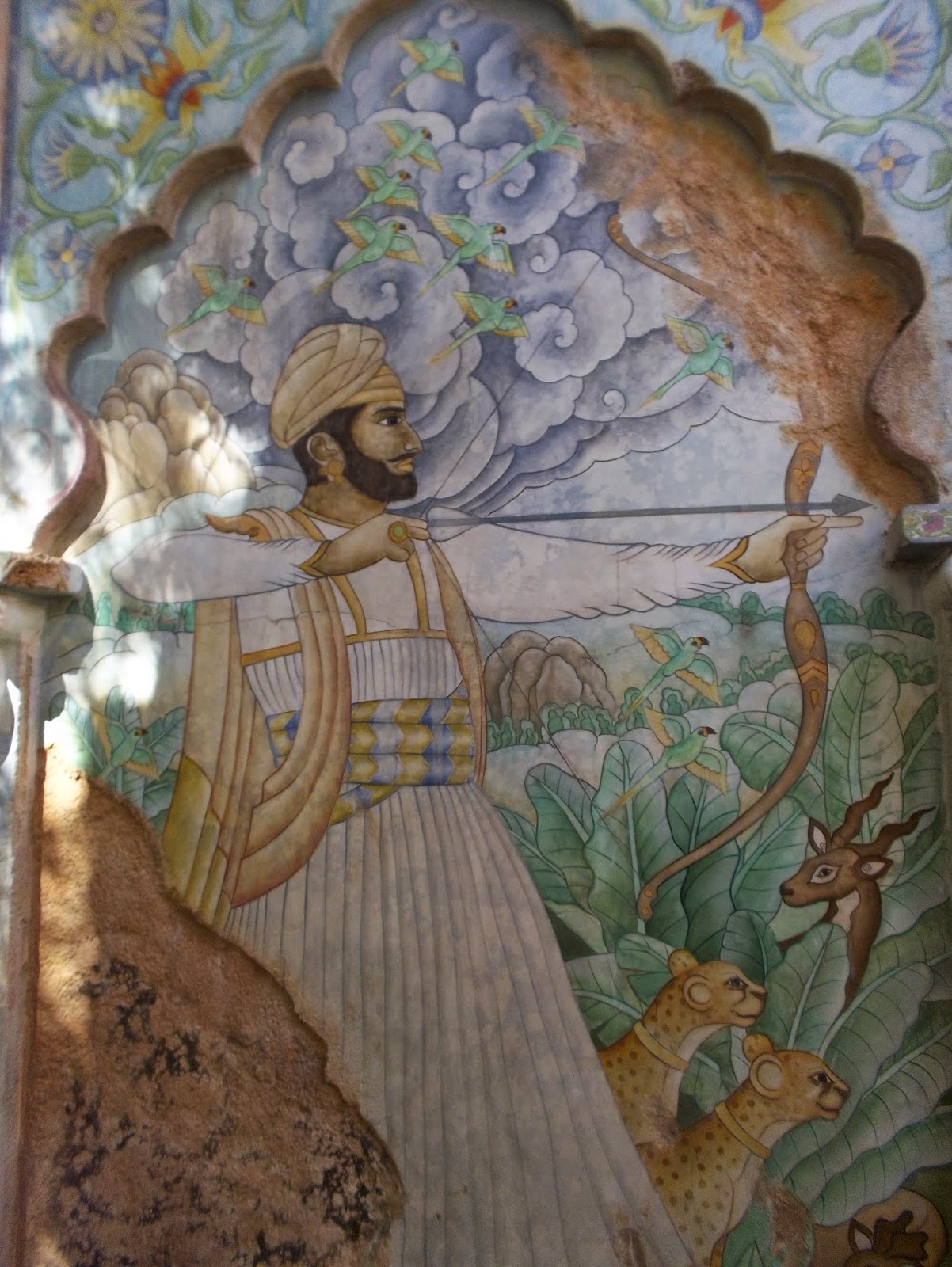 Some murals depict early hunts. The art depict a time when the people of Anandapur where not so conservation conscious. Of course, back then, as you can see, there were great herds of blackbuck and deer. 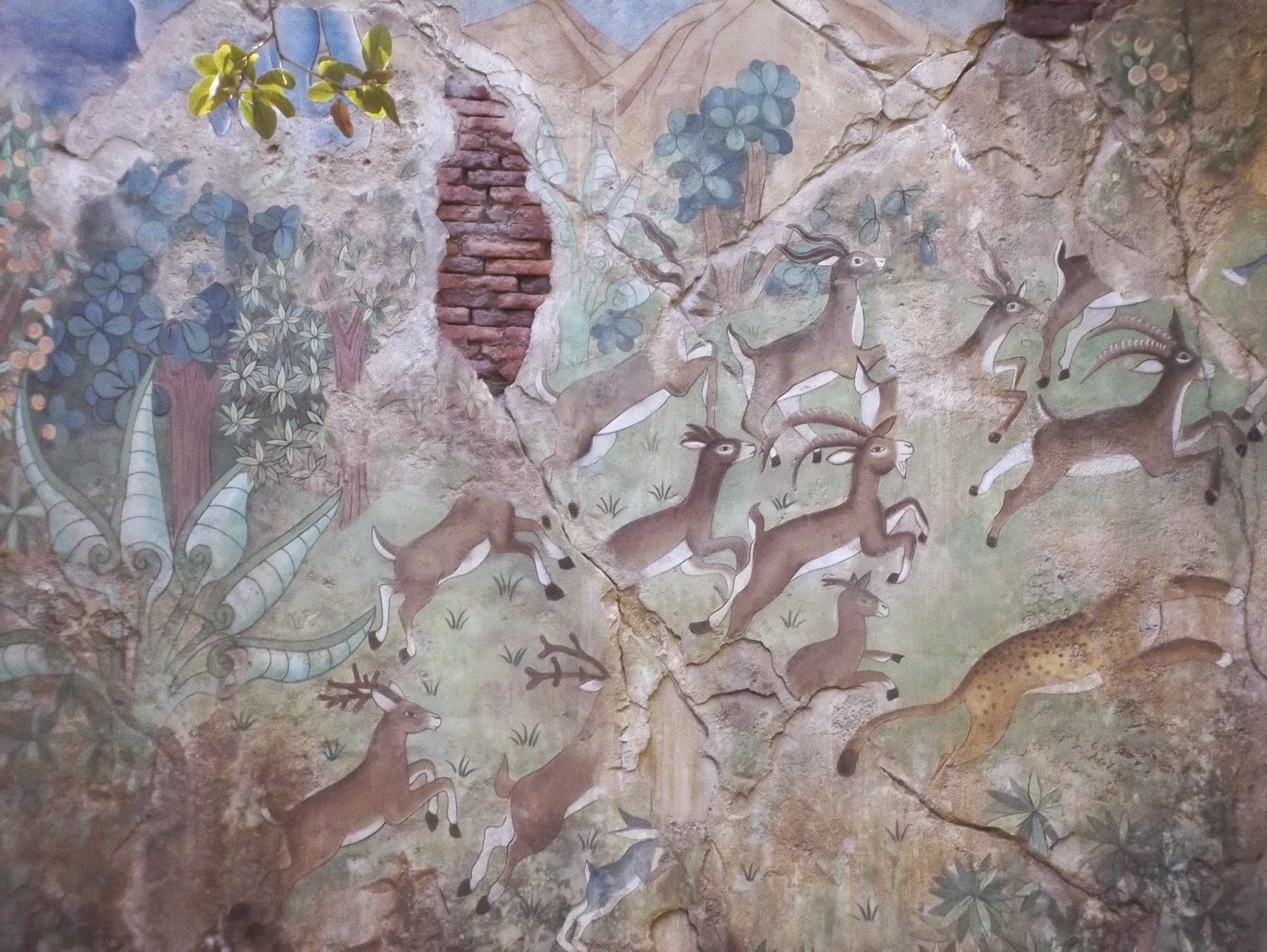 You will see plenty of art showing the hunting of not only deer but tigers as well. 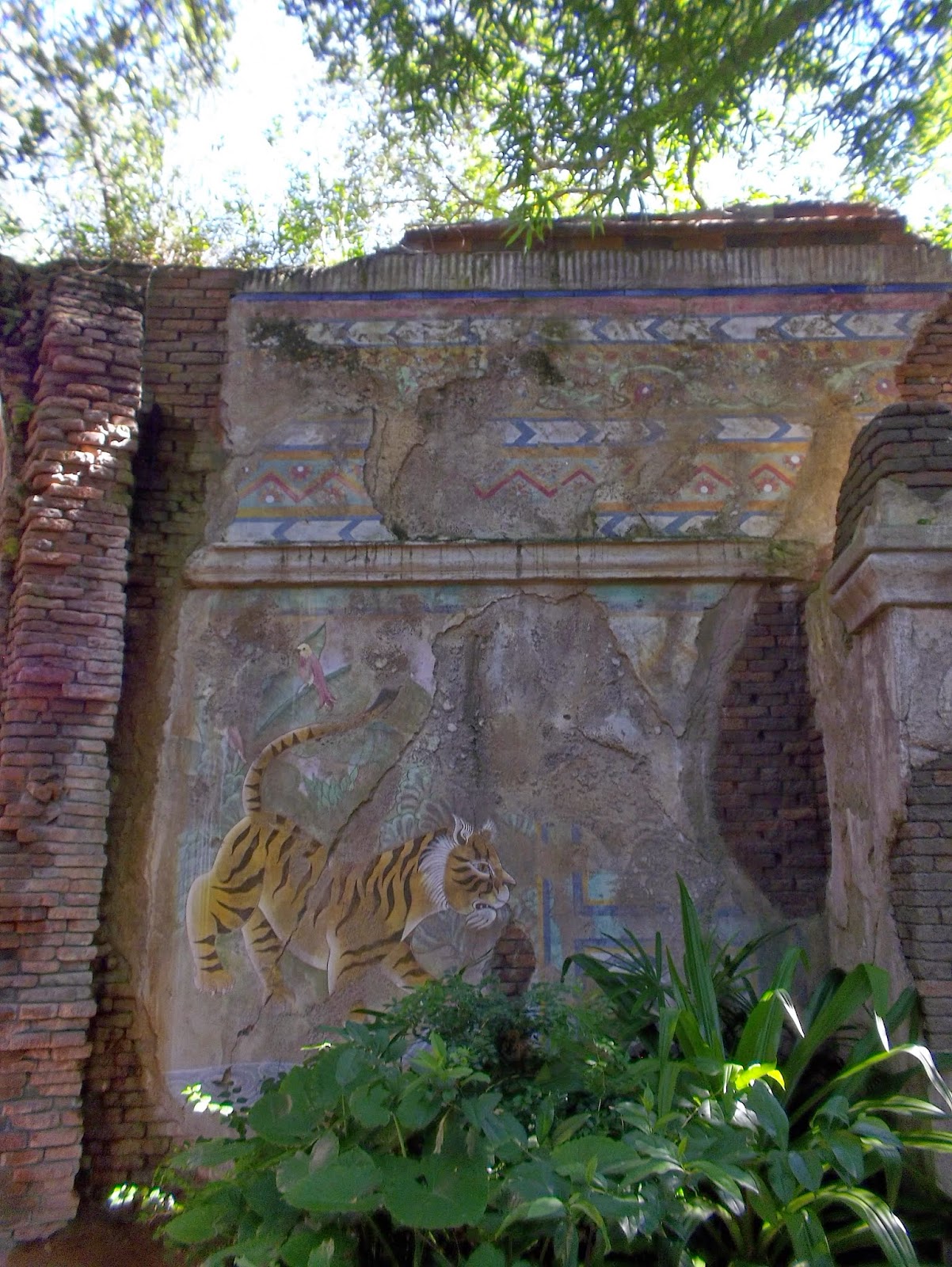 There are also curious large wooden doors. These led to the royal stalls where horses and elephants, used in the hunts, rested. Now, there is a coral tree where locals tie scarves as offerings. 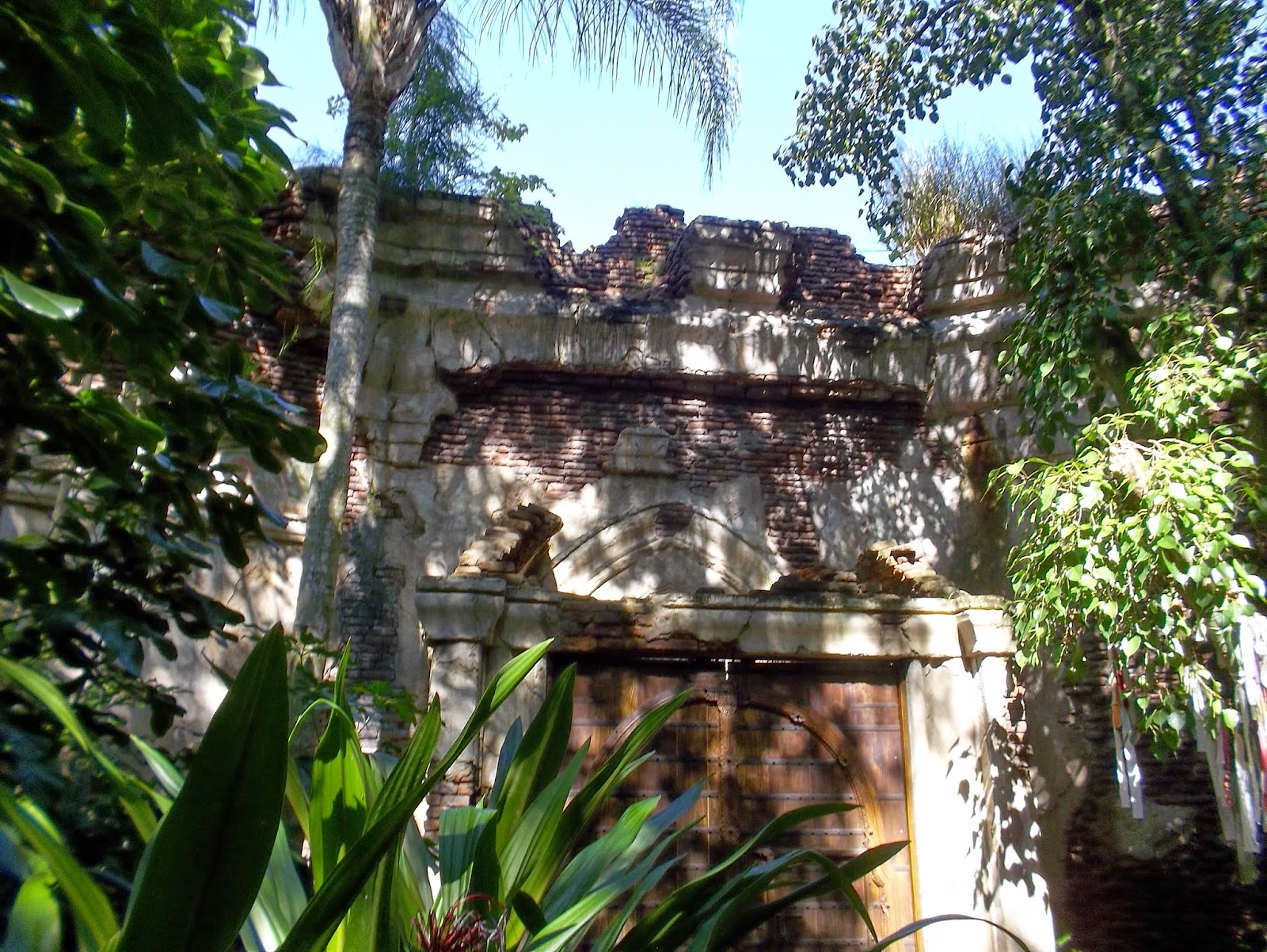 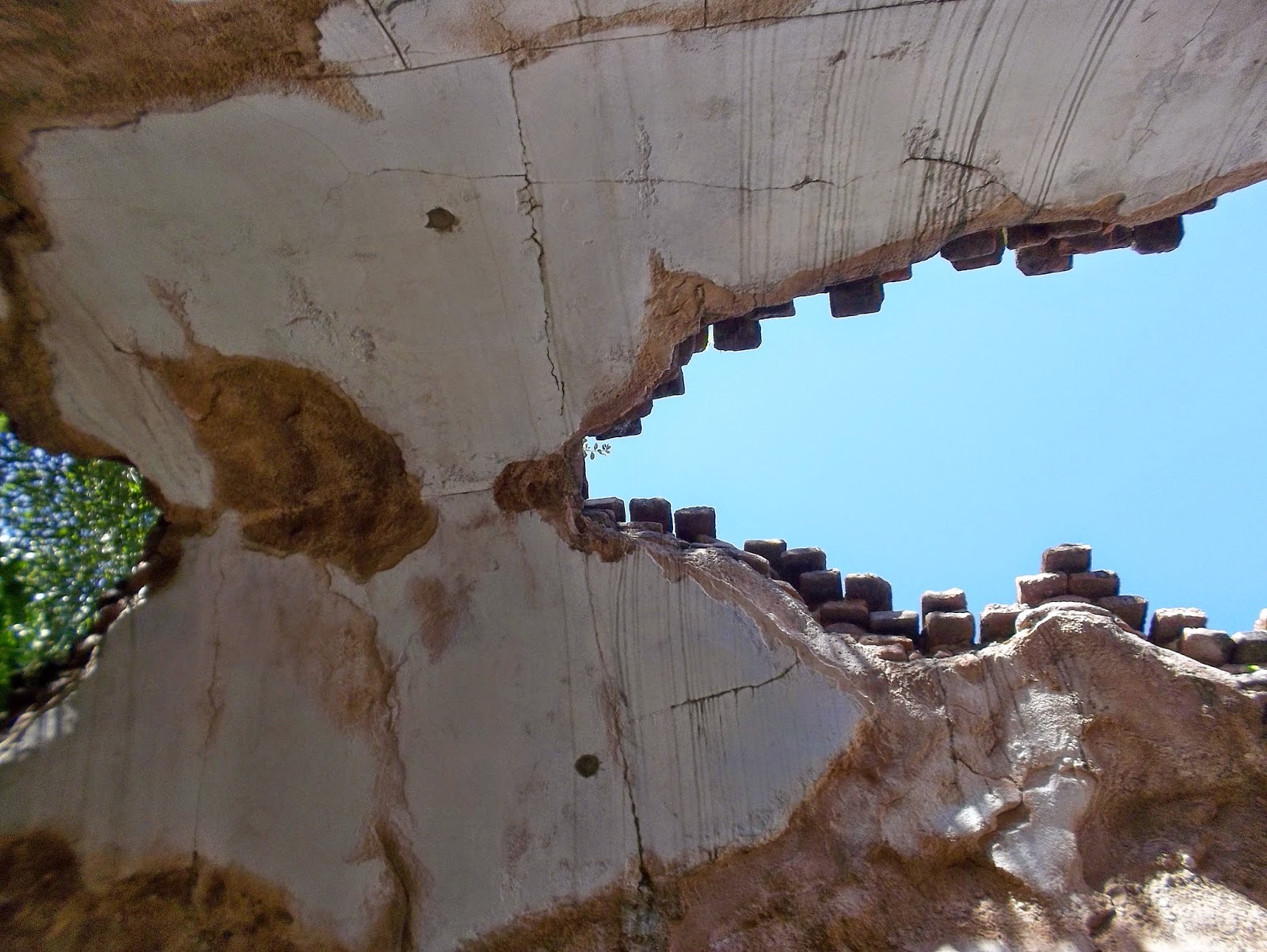 The people of Anandapur are allowing this change, and in fact are embracing it. The ruins, however, remain just as an important piece of the people's culture as the forest preserved around it. 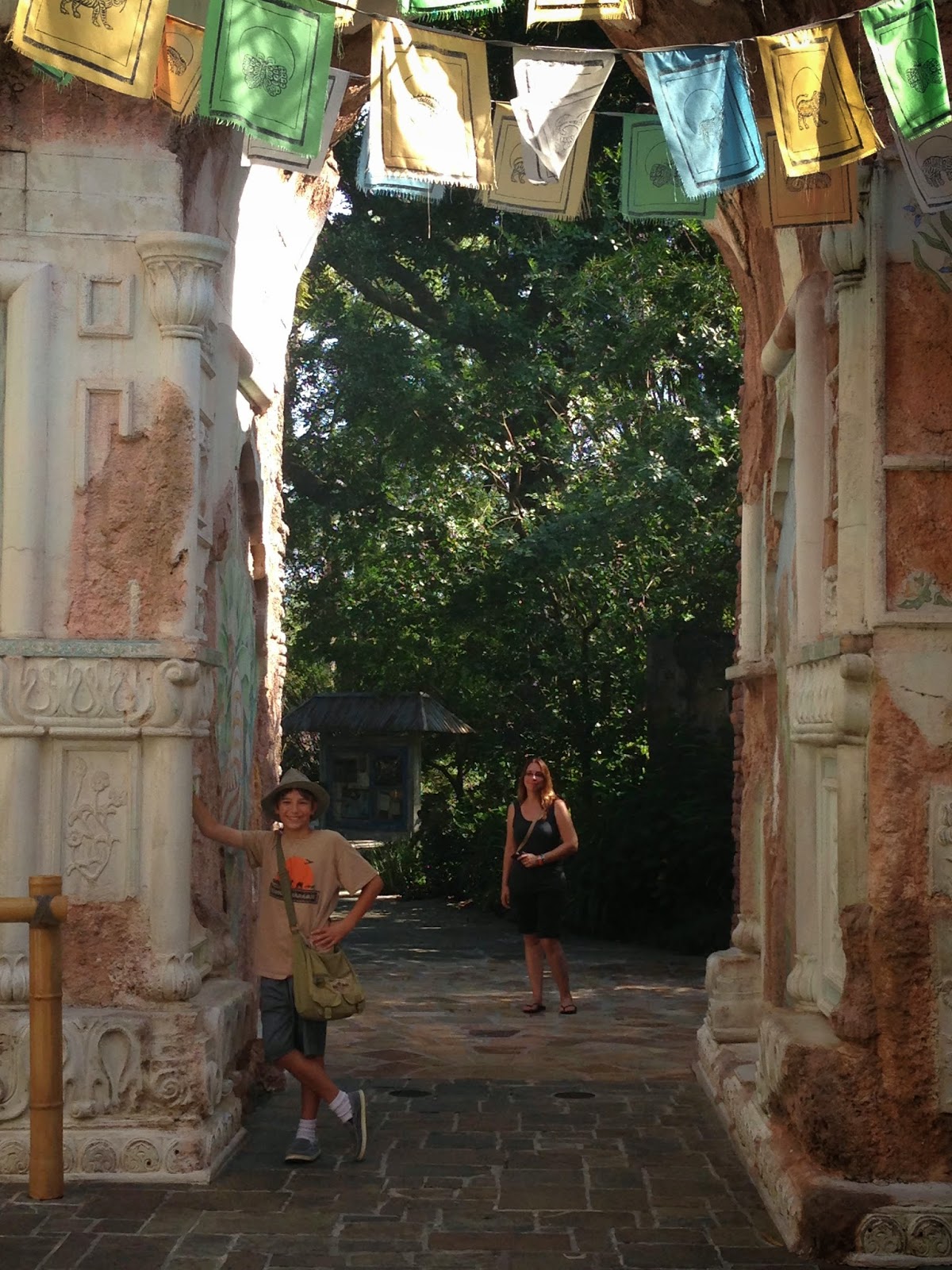