The Igbo, or Ibo, people are from southeastern Nigeria. They are, even today, fiercely independent - even forming their own republic in the late 1960s until they were defeated by the Nigerian military and reformed within that country. Their society goes back thousands of years and used a democratic form of government, with all citizens of a tribe being equal. They also had a strong sense of mathematics, developing an early calendar and even a banking system. 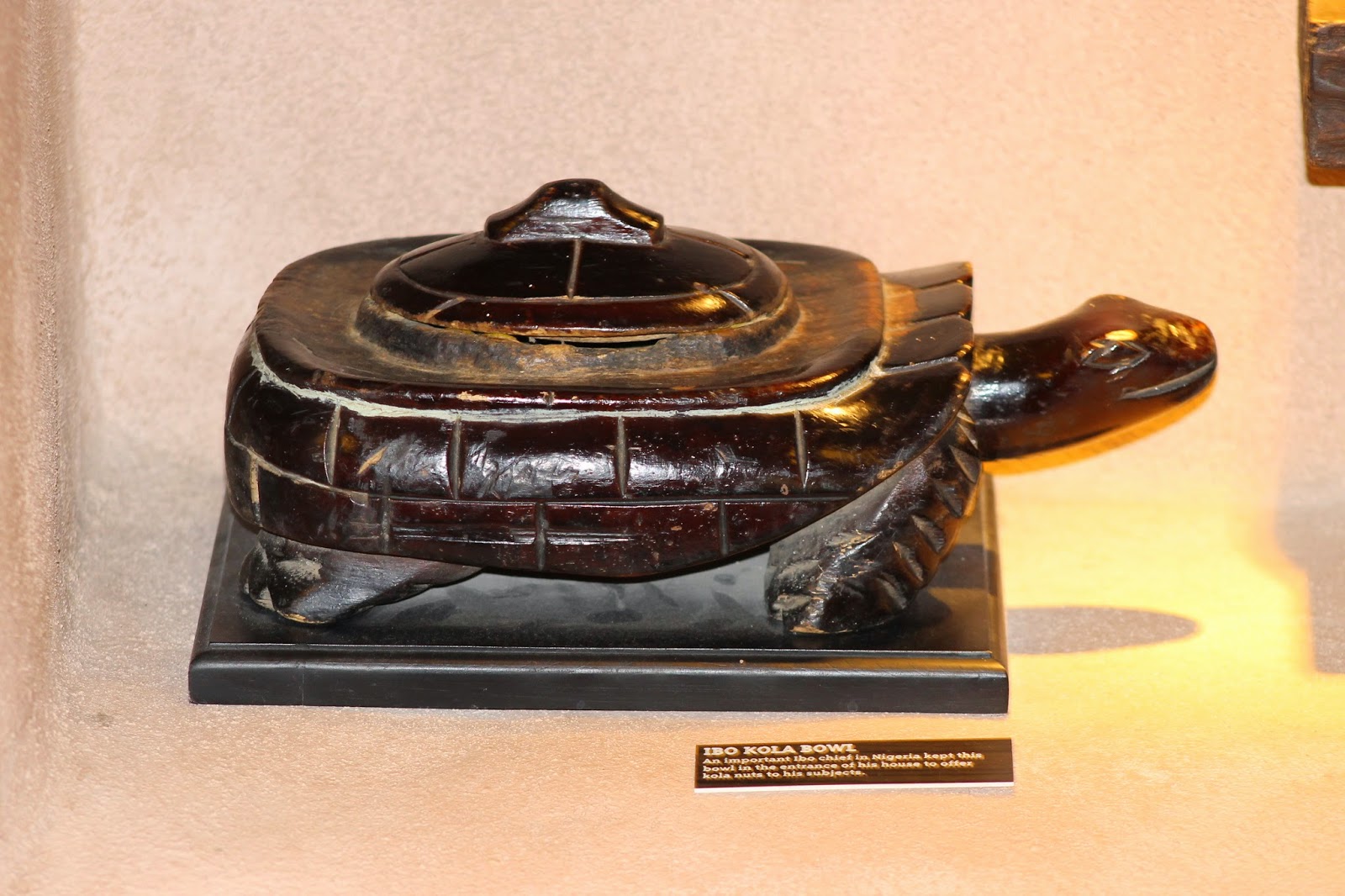 The yam is a staple food product. The tribes were mostly craftsmen and yam farmers. But there is also the kola nut. This nut was important in the tribal society. It was the first thing served to any visitor. It was served to celebrate marriages and to consummate agreements. And if the nut, when split, formed three pieces, it was a sign of a good luck and there would be a celebration. Chiefs would often have ornate bowls for the nut, like this one shown here.