So what is a gompa? Well, its a fortification found in Tibet and the Himalayas that is essentially a monastery and a place of learning. In Asia, they are typically a mandala shape which is common in Hinduism and Buddhism. They are four gates surrounding a circle design. This symbolizes balance. In a gompa, the center circle is a mediation or prayer hall. 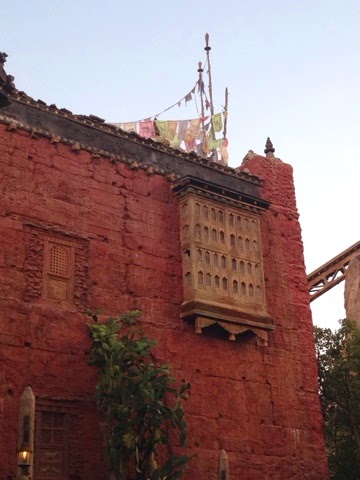 Here, in the Animal Kingdom, there is a gompa not far from the Forbidden Mountain. It, of course, is adorned with prayer flags which is a common site in Serka Zong. Nearby is a home for a wealthy family with strong ties to the monastery. 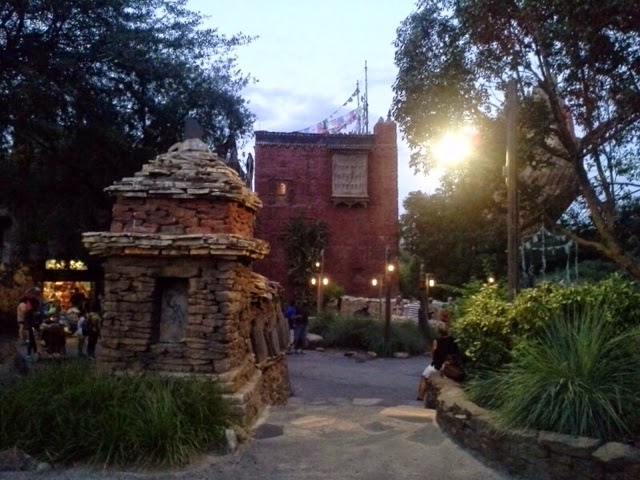 This gompa is red, and that is no accident. Red is the color used to protect and the monks here clearly are looking for protection. The stripes on the manor has red paint poured down the side of the wall, also for protection. From what, we don't know. Of course, nearby are a few Yeti totems. 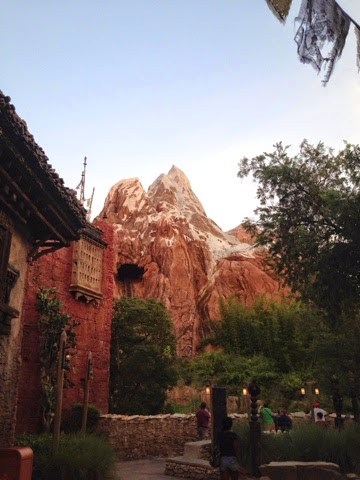 The building itself looks old. Like so much at the Animal Kingdom, the park took great efforts to make the architecture appear old.