Baby Rhino Gets a Name:  After a week’s worth of voting, the latest baby White Rhino born at Disney’s Animal kingdom has been given a name and it is Kiama, which is the Kikuyu tribe's word for “Magic”.  She is the 10th baby rhino born at DAK and the 2nd this year alone. 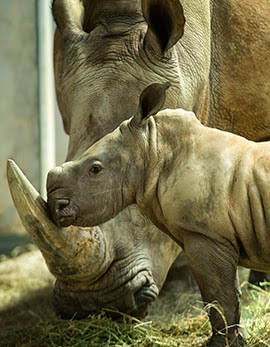 The name Kiama won the vote by a huge margin, but not for the reasons one might expect. While the word Magic is often frequently flogged by Disney public relations folks making it an appropriate mouse-related name, it also happens to be the name of a town in Australia. And it appears some local media outlets, specifically the also wonderfully named Illawarra Mercury, decided to help sway the vote a bit. I bet Disney didn't think of that when they decided to include that name! 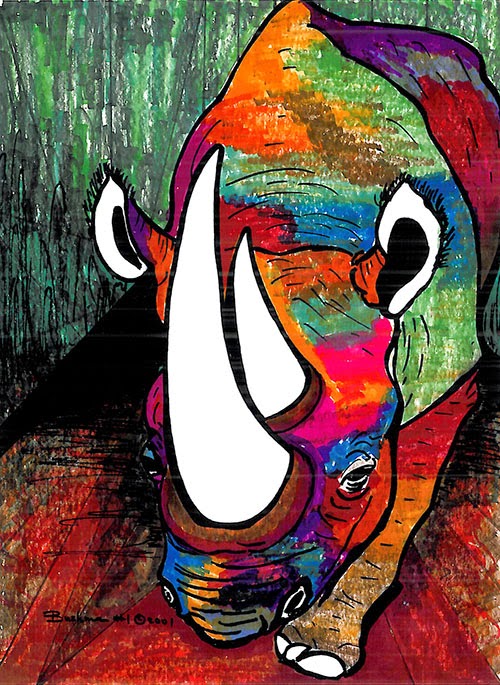 I am not familiar with Mr. Silvers but Bushman #1 is absolutely brilliant! Above is an example of his work and it pretty representative of his style. Gorgeous animals in beautiful and emotion-filled colors make for terrific pieces of art.

Have A Wild Time this week!!
Posted by JamboEveryone at 3:08 PM