A Photo for the Day: A Pool in Pangani

Along the Pangani Forest Trail, in the aviary, there is a pool.  This pool is full of cichlids. These fish comprise one of the largest group of vertebrates in the world, with somewhere between 2,000 and 3,000 different species. It is believed about 1,600 species are found in Africa alone. 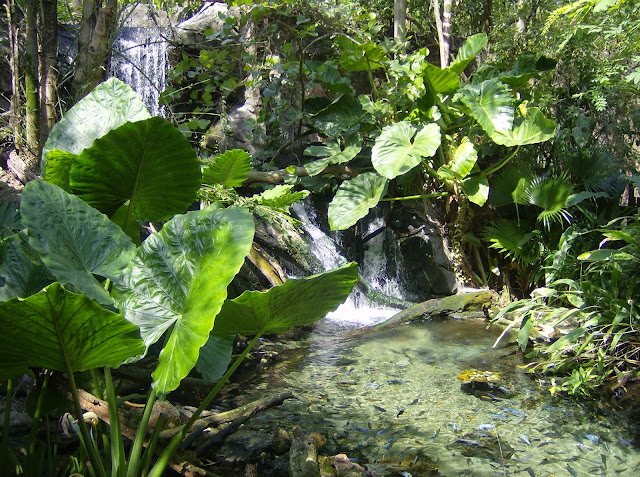 However, many of these freshwater fish are endangered. In Lake Victoria, more that two-thirds of the 300 endemic species (that is, species found only in Lake Victoria) are either extinct or critically endangered. That is mostly due to the introduction of the nile perch and water hyacinth which have fundamentally changed the habitat. Zoos like Disney's Animal Kingdom are trying to preserve and perhaps some day reintroduce some of these beautiful fish.