Thanks to friend of the blog and show, Ken Cabot, we have a ton of cool pictures from Harambe Market. These show you some of the amazing details of the area. 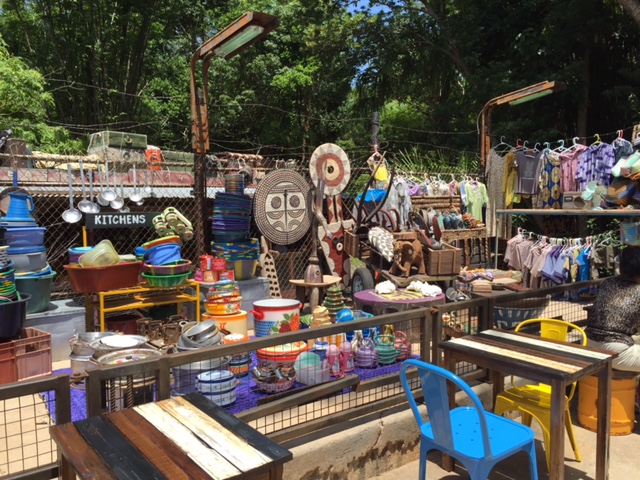 A good look at the "market" section. This fake little stand gives you the feel of being in a real market where people set up stands to sell their wares, like pottery, hand woven shirts and baskets. 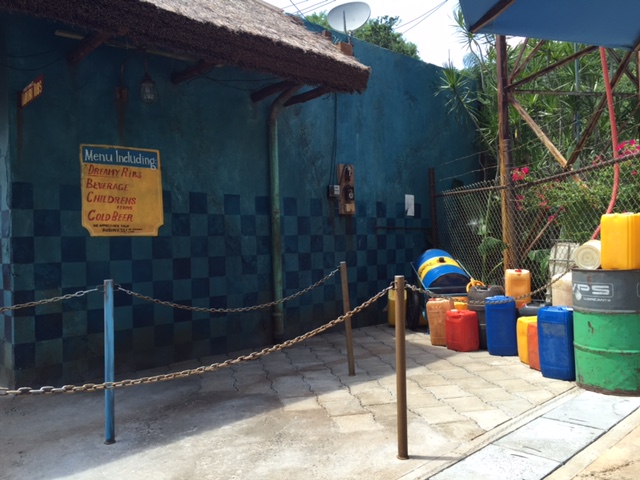 And just like in a real market, there is all sorts of water jugs and old containers. 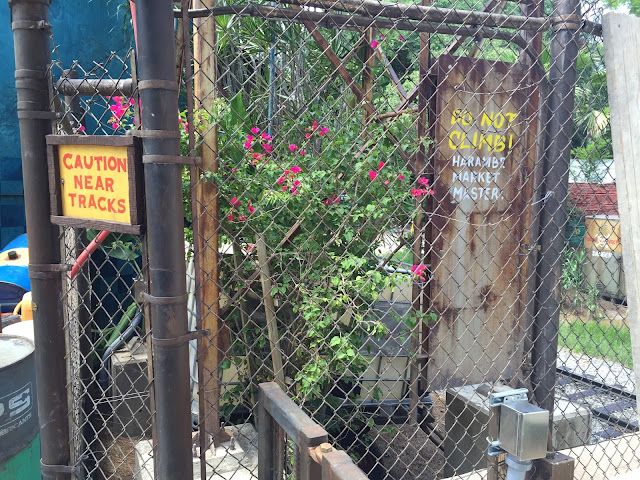 Here's a look at the nearby train tracks. At the back of the market, you can see the Wildlife Express make its way to the Conservation Station. 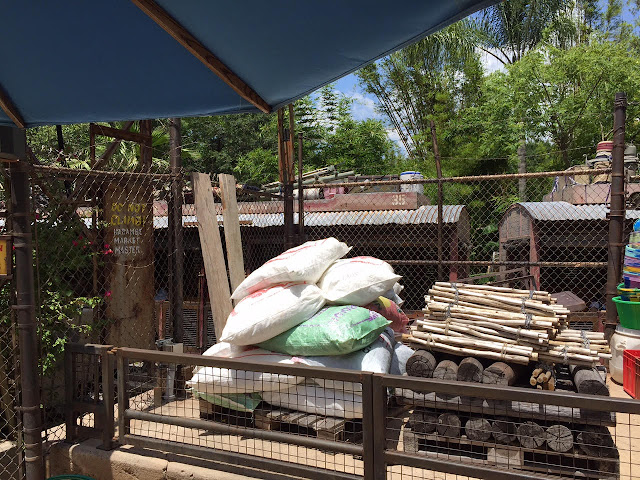 You can see the train passing by. 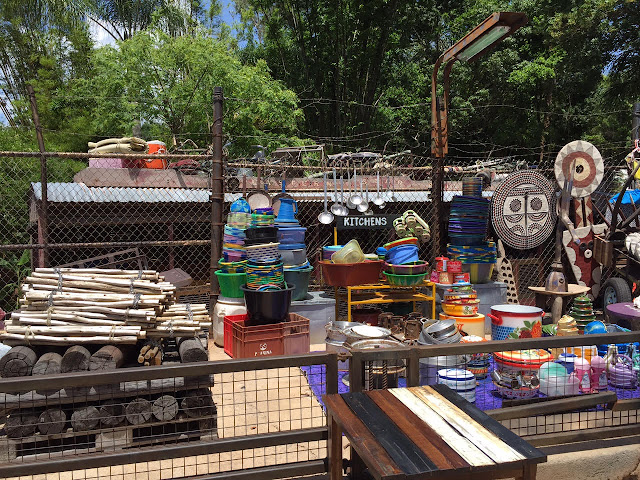 The train is a great aesthetic for the market. 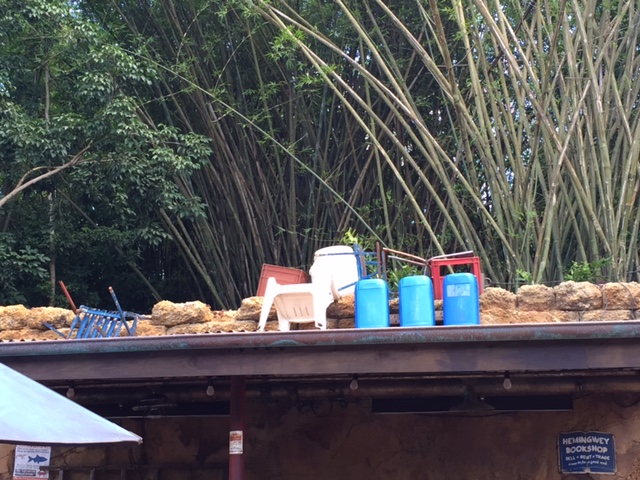 This reminds of Restarauntosaurus, with its chairs on the roof. 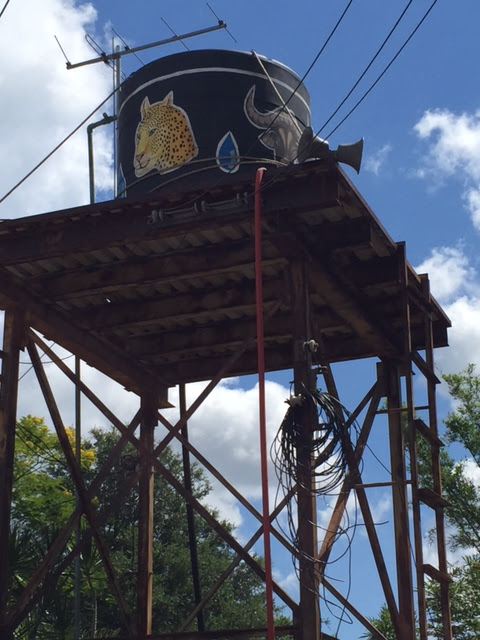 I love the water tower and its wires. 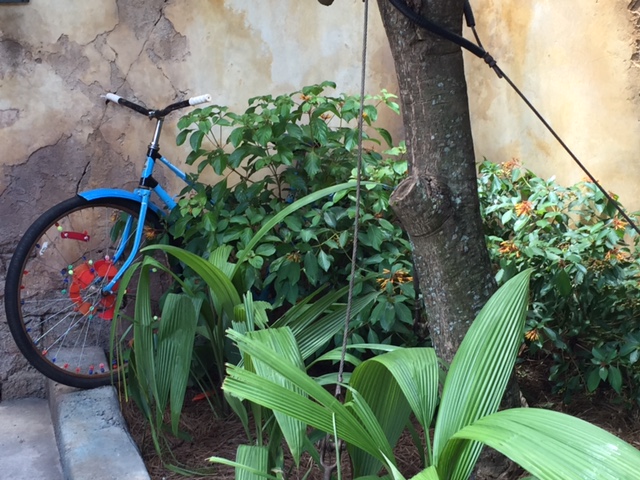 And it wouldn't be Animal Kingdom without some randomly placed bikes. 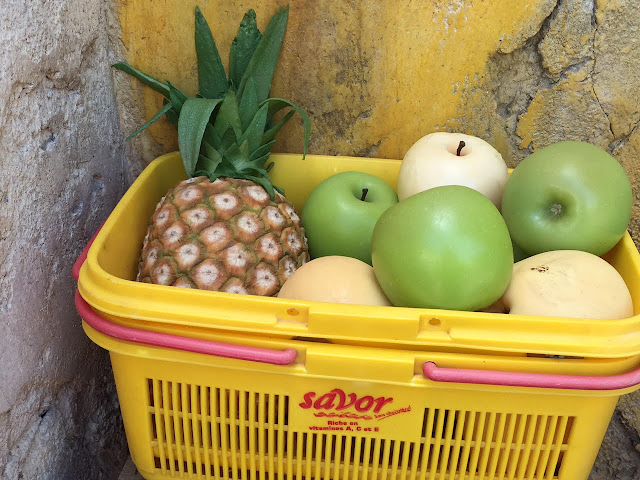 and some fruit, apparently. 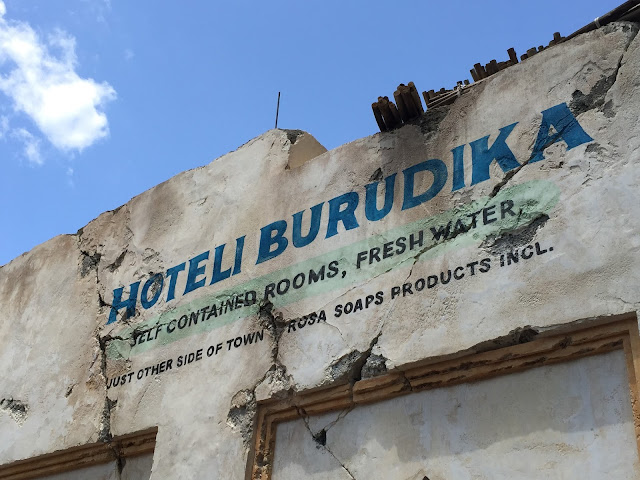 You will probably recall Hotel Burudika which is in the old port section of Harambe. Here at the market, the proprietors of said hotel are advertising to the recently dropped off tourists. 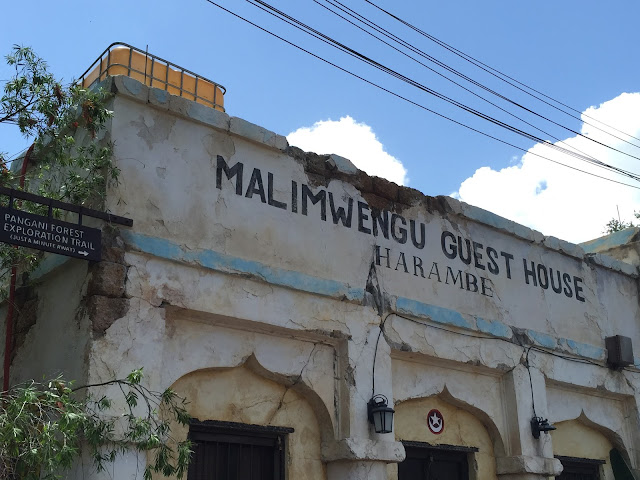 And more places to stay at Harambe. Note the tiny Pangani sign. 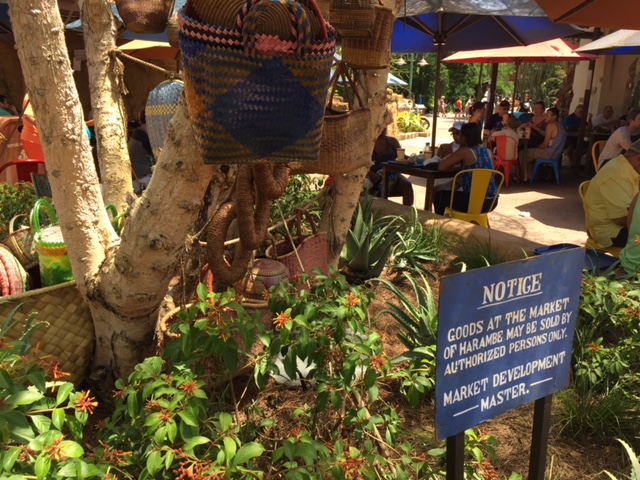 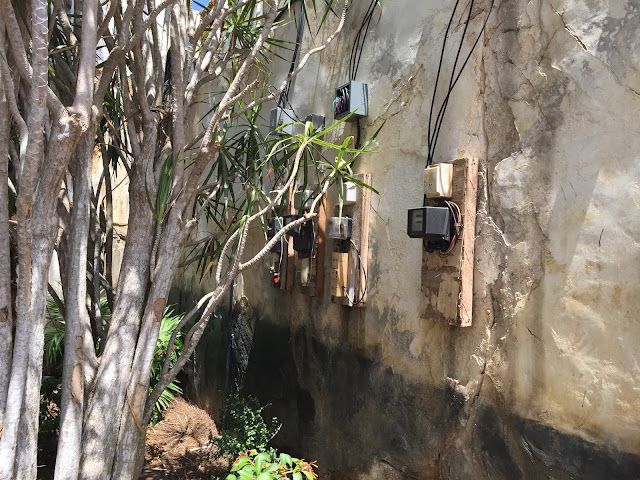 And the theming keeps going. Telephone poles and wires are still prevalent here like they would be in this part of Africa. 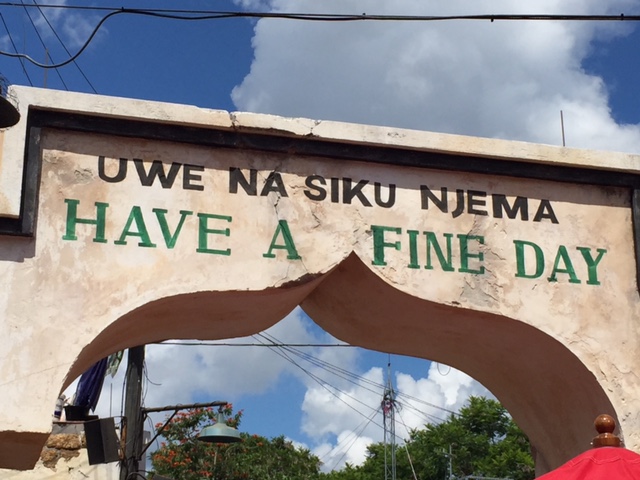 Thanks again to Ken Cabot. Coming soon will be a detailed look at the wall art and posters of Harambe Market.