Some good news. Winged Encounters is apparently a hit. So much that Disney has been testing a camel demonstration along the same lines. Plus, they are training another flock of beautiful macaws. 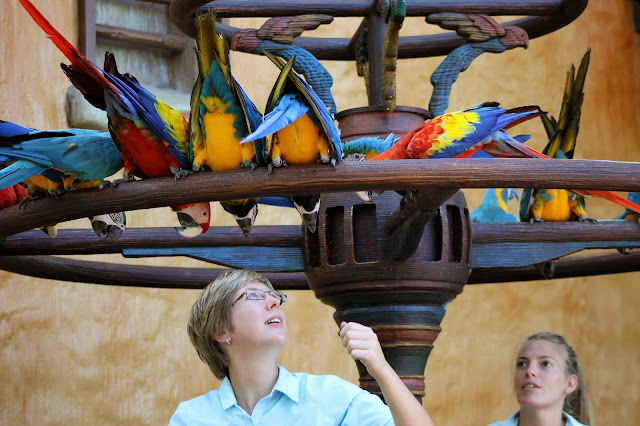 The show which features an entire flock of several species of macaws impresses guests as these birds fly directly over your head around Discovery Island. The show has recently moved from near the Flame Tree BBQ to front and center at the base of the Tree of Life. 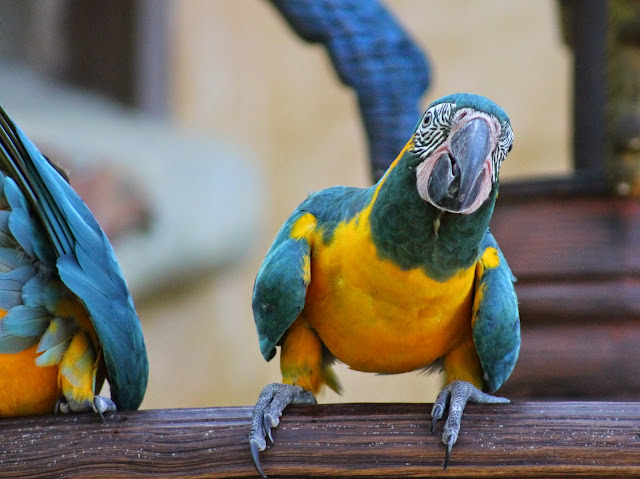 These new birds will not necessarily be added to the current flock. Instead, the plan is to increase the frequency of shows which currently runs about 4 times a day. Generally, the show runs at 9:15am, 10:15am, 1pm and 2pm. 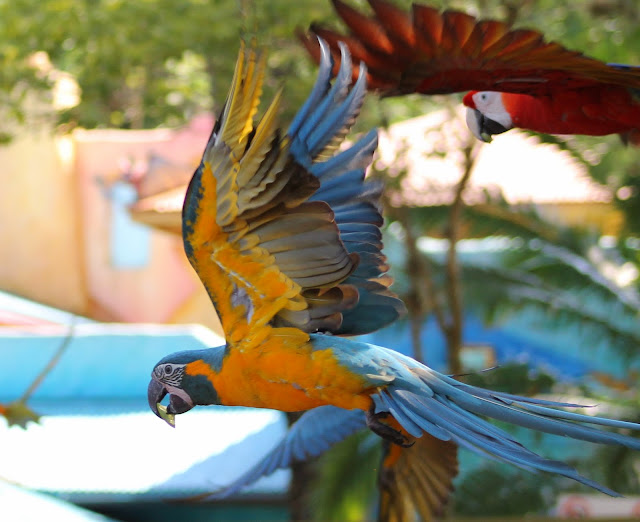 Its not clear yet how many more shows will be added or at what times. But it seems the show is expanding.