There have been rumors of the anteater exhibit getting a new animal for quite some time. Friend of the blog Belle (follow on twitter @belle599) got us some photos of the now empty exhibit. 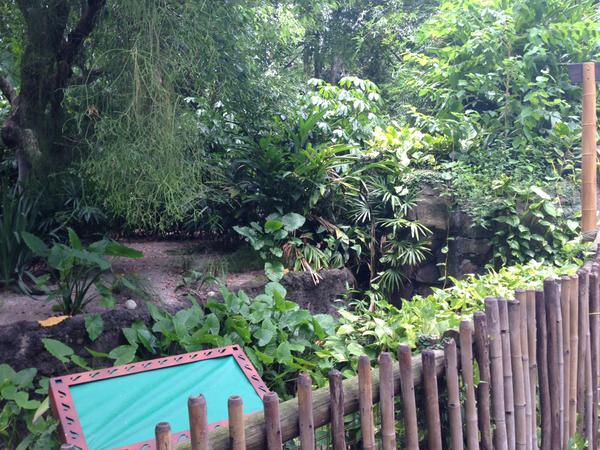 For those that don't know, the anteater exhibit is in the Oasis along the left path when walking towards the park. 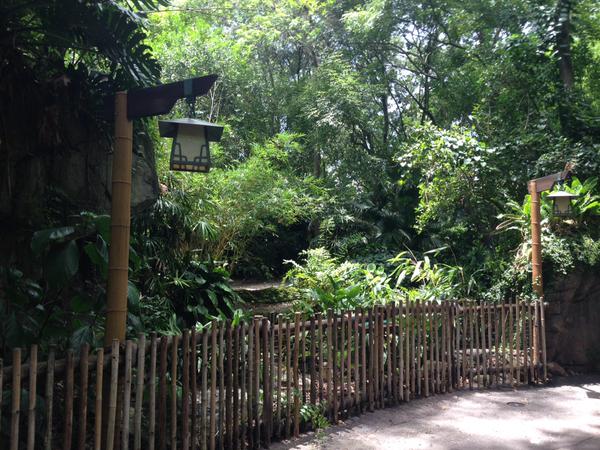 I don't think this is a simple makeover and the anteater will at some point return. Generally speaking when that occurs, Disney puts out a small sign signifying a reburb. But here.. 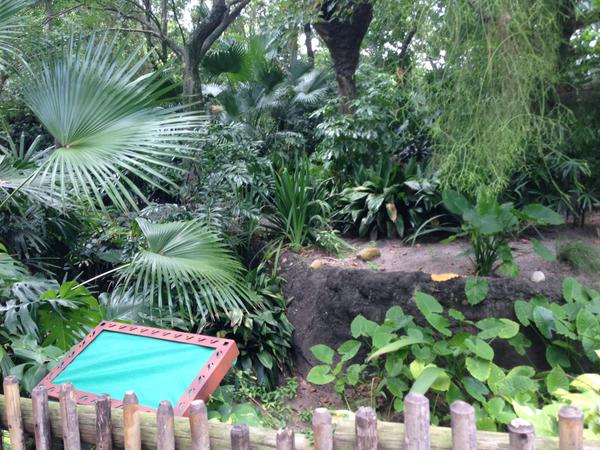 As you can see, they have covered up the anteater signage. I think this is very likely the beginnings of a new animal exhibit. But what?

We have heard rumblings that Disney might try to go for something a little more exciting here. The philosophy of the land to date was low key. Smaller animals in a quiet place. 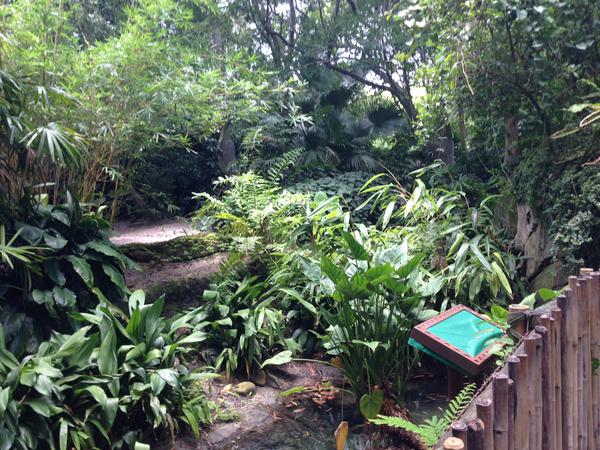 Now granted in an exhibit like the one above, you aren't going to be able to have a gorilla troop or a rhino family. But it is fairly large. If you want action, you can't do better than primates, like the lemurs or tamarins on Discovery Island. But generally you need netting or an island to keep the guys in the exhibit. They don't have that here. I am thinking a smaller predator, particularly a cat, like an ocelot or serval would do well. It might even be large enough for a larger cat like a jaguar. People love wild kitties and that would work great.