No More Poop: After debating the appropriateness of having candy "poop" at DAK, the novelty item was pulled from Zuri's Sweet Shop after only a few days. Although not confirmed by Disney, it is apparently due to guest complaints. The official Disney stance is they were testing the items and have no plans to bring them back. 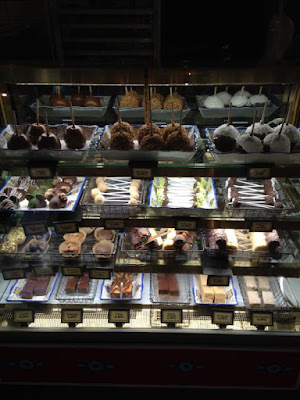 Flame Tree Reopens: The counter service restaurant has reopened. The main addition has been more shading where you order which was sorely needed. If there was any kind of line, you were either stuck out in the blazing sun or in the rain. They are also adding covering to some of the pathways so you can get your food to a table without being exposed too much to the elements. I mean who wants to eat soggy ribs. This will continue to be worked into the future. The look has remained including the whimsical color scheme and the predator/prey designs. There are 2 new items, however. Jamaican jerk chicken salad and a watermelon salad have been added. The watermelon salad includes arugula, red onions, feta and a vinaigrette for a somewhat interesting vegetarian option. 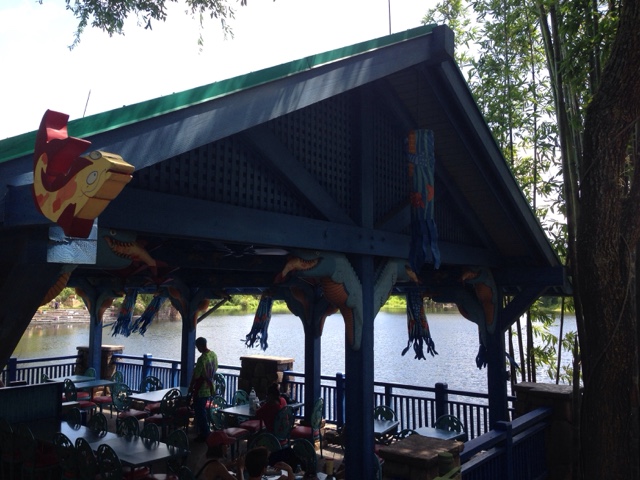 Musical Kiosks: With the closing of the Flame Tree, a lot of the options from that eatery were distributed throughout the kiosks at the park. The Discovery Island Ice Cream kiosk had been transformed into the Allergy Friendly kiosk. That remains true with Dino Bites being the only place to secure the amazing ice cream sandwiches. The Garden kiosk - which had been the allergy friendly spot- now has new salads including a Trek Power salad (quinoa, beets, edamame, and citrus) and a Farmers salad (blueberries, candied pecans and goat cheese). Both seem to be interesting options and come in cartons (not unlike those used to served Chinese food). Over at Trilo-Bites, the turkey leg has returned to Flame Tree and in its place the buffalo chicken waffle has come back in the form of a slider, which now makes it a dining credit snack, and from all appearances makes a more than adequate small meal. Finally, the nearby Beastly Kiosk continues to sell Mickey and Jalapeno cheese pretzels, but it also now serves baked pasta marinara with mozzarella and lobster mac n cheese. And like the slider, they are snack credits and make for a great smaller lunch option. Ok, now I'm hungry....