CUTE ALERT! Baby Giraffes!: The Disney Parks Blog announced today the arrival at the Harambe Wildlife Reserve of three baby Masai giraffes, “our newest giraffe calves have ventured out onto the savanna for the first time. Mara, Milo and Lincoln are 3-, 4- and 5-months old, respectively, and are doing very well in their new home.” So on your next two week safari, get your camera’s ready for some cuteness! 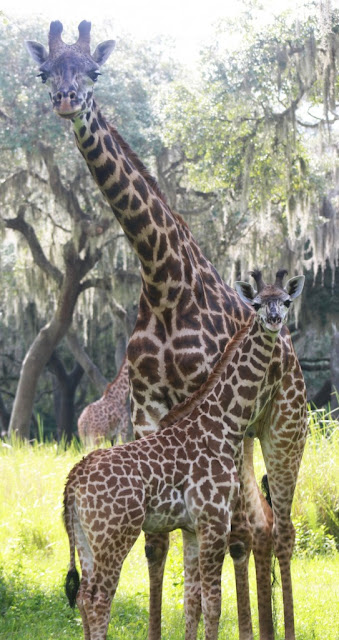 And as I always like to ask during announcements like this, does your favorite theme park do this? Ours does!

Now You Can Get Soaked First Thing in the Morning: The Kali River Rapids ride has been added to the list of attractions open during the early Extra Magic Hours at the park. The timing of this is what is particularly strange, as you would think the middle of the summer would be the time when this ride would be most popular and in demand. With the cooler months approaching, how many people are going to want to get soaked at 8am?

Have A Wild Time this week!!
Posted by JamboEveryone at 6:59 PM