The Ndbele, sometimes spelled Ndebele, are a tribe from the South Africa and a part of the Nguni group of tribes, which comprise nearly two thirds of the African population of that country. They are closely related to the Zulu tribe.

Their art form is a defining characteristic of the people. There is a strong emphasis on linear designs. The symmetry and edges were all done without the benefit of rulers and other similar tools as artists were able to keep lines straight freehand. Most homes are adorned with colorful geometric patterns on the outside, a unique look for certain. 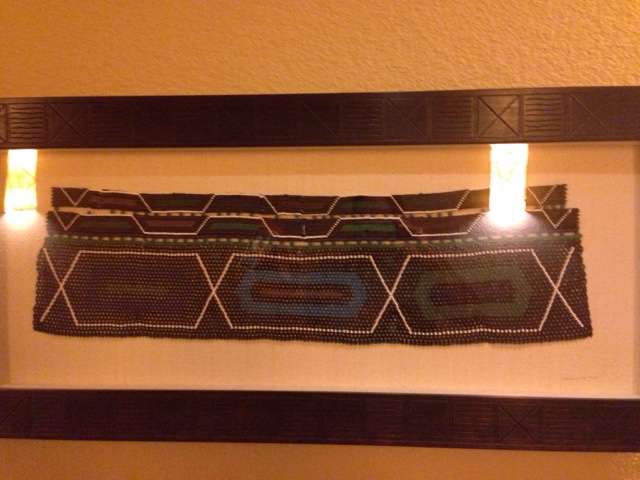 Women of the tribe use decorations, as well. The status of the woman is closely tied to adornments and jewelry. The apron, such as the one depicted above, is a symbol of the culmination of a marriage and the woman will wear this after the birth of her first child.