Elephant and Rhino Day: This Thursday Sept 24 Rafiki’s Planet Watch will celebrate Elephant and Rhino Day. According to the Disney Parks Blog, “guests have the opportunity to meet rhino and elephant keepers, learn the differences between how white and black rhinos eat, how elephants communicate, how we are trying to keep them safe in the wild and much more" 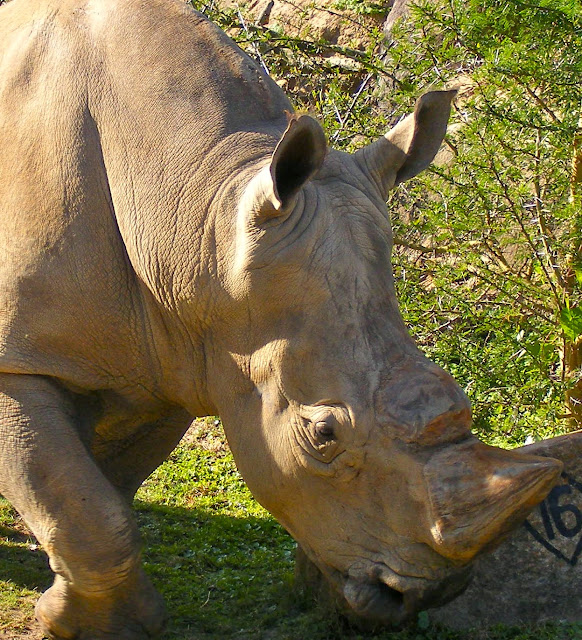 Don’t miss this wonderful little events if you are at the Animal Kingdom. The chance to talk with the folks who work with these animals everyday is worth the train ride to Rafiki’s.

Sumatran Rhinos on the Brink of Extinction: With Rhino’s being celebrated at the park, we thought we would pass along this alarming bit of news. The International Union for Conservation of Nature (IUCN), one of the world’s leading conservation organizations, declared earlier this week that the Sumatran Rhino is now on the brink of extinction. These rare and amazing creatures are under threat mostly from poaching and habitat loss. This situation may be too critical to reverse, but we have to try. Go to SavetheRhino.org to find out more about the Sumatran Rhino and see how you can help.

Have A Wild Time this week!!
Posted by JamboEveryone at 12:27 PM