Baby Marmoset: Its always fun to see babies and Rafiki's Planet Watch has gotten a new one. A small little primate called a Geoffrey's marmoset was born a the park. The gender has yet to be determined as staff has left the infant alone with its caring parents. This species is native to the Brazilian rain forest.


New dishes at Sanaa: One of my favorite places to eat not only in Disney but on the planet is Sanaa. The cuisine is an African-Indian fusion replicating the famed spice road between the two areas. The bread service, tomato paneer soup and slow cooked in gravy items are absolutely killer. Recently, there were new dishes added to this place. Boerewors and Slaphakskeentjies (you should get it free if you correctly pronounce it) is basically African sausages and an onion salad. Another item is sosatie, which is skewered lamb and apricots and served with squash, bacon, cashews and goat cheese. And there is a new Kenyan coffee BBQ sandwich at lunch, as well. 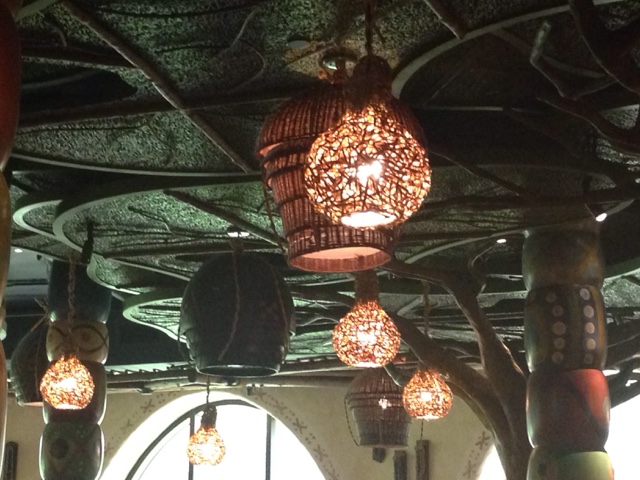 Welcome Willie: Rafiki's Planet Watch has another new resident, and he's adorable. Willie the aardvark is now appearing at times on the stage next to the Conservation Station. He is being trained (hence the harness) for appearances on the stage in the future. This small stage regularly holds shows geared towards the younger crowd featuring live animals and adding an aardvark will be a very good thing. They are so unusual and fascinating. And now, you can go up and actually meet Willie, and who wouldn't want a meet and greet with Willie.