Settlement: Disney has apparently reached a settlement with the family of an employee who had died accidentally during a test of Primeval Whirl. The incident, which occurred in 2011, was related to testing the vehicle and Disney had to pay substantial fines. The details of the settlement, however, were not disclosed. 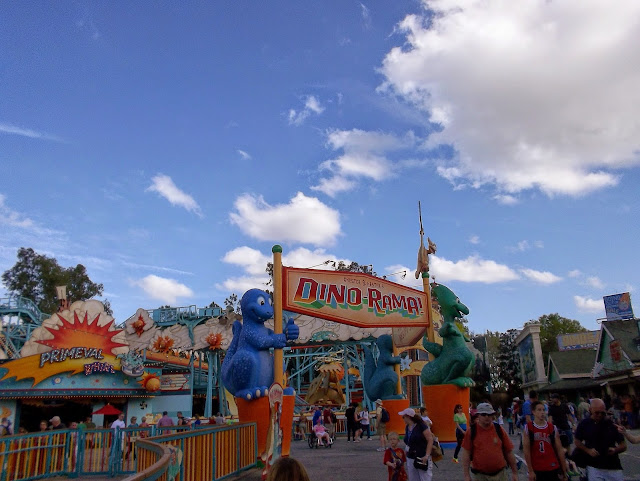 Baby Joey: Two years ago, the tammar wallabies had a baby named Ozzie. Well, according to the Disney Parks blog, they have not produced another little one. He or she is adorable and still confined to the mother's pouch. So if you are the in the Oasis, make sure you check out the wallabies and the new addition to the park.

Walkway Expansions: More work is being done to set up better traffic flow for the soon to start Rivers of Light. Planters near the Flame Tree BBQ are being removed to open up the pathway more. Many guests will likely be exiting that way at one time from the Dinoland side of the show so a big group of plants in the middle of the path will cause a bottleneck. Some construction walls will be going up and the Isle of Java will be closed briefly.