Rivers of Light timing: As we get closer to the opening of Rivers of Light, we may have gotten our first sense as to what time it will start. Beginning June 1, Disney is officially listing the park's hours as ending at 8pm. So does that mean the night time event will begin around Memorial Day? The hours for May 31 are still 7pm, but of course, Disney could extend that at some point.  Does that mean Rivers of Light will take place at 8pm? As we know, its not completely dark at 8pm in June, which seems strange especially considering the brand new concept art released in the Mickey Monitor. It seems the show depends a great deal on being a "night time" event.

New night time entertainment: Another Disney publication, the Disney Files, had an article about the Rivers of Light and expanded park hours, too. Buried within in the article is a reference to night time street parties in both Harambe and on Discovery Island. Its unclear if that means Burudika will play later in the day, or whether Viva Gaia will return to the island, or if there will be new bands performing. Hopefully, we will know more soon. 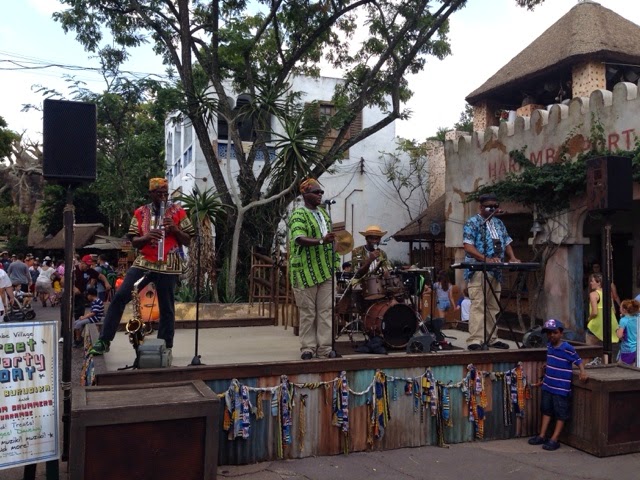 The Year of the Monkey: With the Chinese new year being the Year of the Monkey, the Disney Parks blog has posted a nice piece about conservation issues with endangered tamarins. Primates can be found throughout the park including the cotton top tamarins on Discovery Island, gorillas at Pangani, Mandrills on the safari, and gibbons in Anandapur. There is also the endangered black-and-white colobus monkeys at the start of the Pangani Forest Trail.

With all of these species, there are conservation issues, whether its habitat destruction or over hunting for bush meat. So a little focus is a good thing.

Have a Wild Time
Posted by Safari Mike at 11:28 AM