More details on Rivers of Light

Yesterday, the Disney Parks Blog hosted a live chat with 2 of the people behind the upcoming Rivers of Light, Michael Jung and Mark Renfrow. There was not a ton of new information but a few interesting tidbits did come out. The 2 shamans who "host" the show are Ashima, the embodiment of water, and Aditya, the embodiment of fire and light aka the sun. The show will feature over a 100 floating lanterns on the water. Some of the lanterns are really more like barges including those for the 4 spirit guides: Tiger, Elephant, Turtle and Owl. 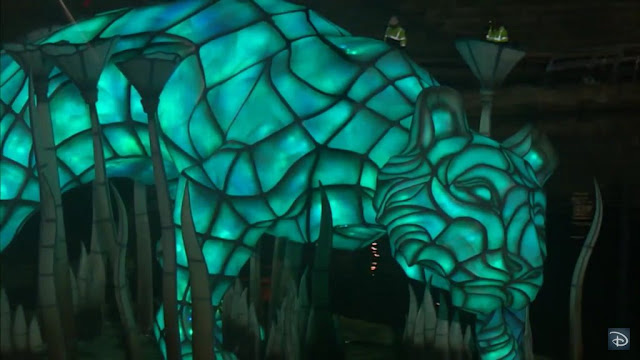 The unique score was recorded at the famous Abbey Road in London and the video chat did give you a little taste of the music. There is an original song composed by Mark Mancina (who worked on the music for The Lion King, Brother Bear and Tarzan, among other non Disney projects) and a score composed by Don Harper who has been involved in several Disney projects such as Lion King 1 1/2 and National Treasure.

The seating will be the best place to enjoy the show but it will be possible to view at least some aspects without being in the stands. However, there are a lot of seats- about 5,000 of them. The amphitheater is divided into 2 sections, each being a "village" and integral to the show.


Also, the show will be a fast pass plus option although it is unclear if it will be such out of the gate. We still do not know the length of the show or if it will be shown on more than one occasion per night.