I am sure you have all heard by now that Rivers of Light, which was slated to start on April 22nd, Earth Day and the 18th anniversary of the Animal Kingdom's opening, has been delayed indefinitely. As of now, all Disney has said is that by mid to late May, they hope to know more information. They are not saying that the show will launch then, they are not even saying they will know when it will begin by then.

So far, this is all we know, technical delays are pushing this back. In fact, Disney has recently attempted testing during park hours something they ordinarily would not do. Disney is also releasing a new promo commercial for the Awaken Summer campaign which features the Rivers of Light and Tree of Life quite prominently, so I can only assume they still plan to have this going by the summer sometime. 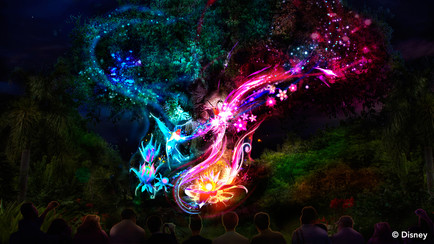 Disney has not confirmed the delay on the other night time events including the Tree of Life awakening show, the Sunset Safari and the various street parties/entertainment. However, those too are likely on hold at least for now.

Stay Tuned for more information.
Posted by Safari Mike at 11:17 AM