Animal Kingdom News for May 20, 2016: Menu release and closures


Dinos going Down: The attraction, Dinosaur, is going down for an extensive refurbishment from July 25th all the way until September 29th. This is a rather lengthy refurb but we don't expect any substantial changes other than maybe some minor new effects.

Its all in a Name: Anyone remember the Gorilla Falls Exploration Trail? That was the original name for Pangani. Well, it appears that name is returning as of Memorial Day weekend. Early guest feedback suggested people thought there were only gorillas on the trail so they went straight to them. I doubt that will be an issue now. We are simply not sure why they are making this change. Frankly, I prefer the name Pangani, its a bit more mysterious. One thing it does do is gives us all hope they may someday go back to Dinosaur's original name of Countdown to Extinction. 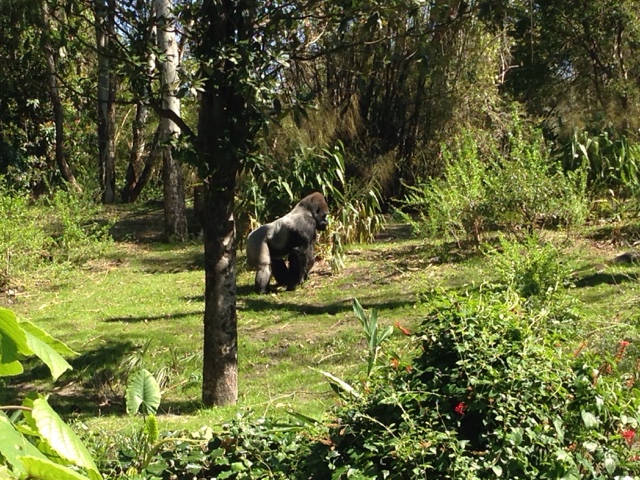 Jungle Book Fast Passes: Its official Jungle Book: Alive with Magic is debuting on May 28th. For those going at that time (or shortly thereafter), fast passes and dining packages will be begin to become available on May 21st. The dining packages will be include Tusker House where you can choose breakfast, lunch or dinner. Tiffens is also available but only for lunch or dinner. The price for that will be $69, which includes an appetizer and dessert. The Tusker House, a buffet, dining package will cost about $37 for breakfast and $49 for the other two meals.

From the above concept art, it does appear the show will play movie clips on water screens. That is pretty much what we figured.

Tiffens Menu Revealed: Disney has released the menu for the upcoming signature restaurant, Tiffens. The entrees include berbere spiced lamb chop, wagyu striploin and braised short rib, miso-glazed black cod, head-on prawns, roasted vegetable curry and other items. Appetizers include lobster-popcorn thai curry soup, flash fried icy blue mussels and something called the archaeologist's salad. Like some other recent openings, the menu is quite eclectic for a theme park and it wouldn't surprise me if things change in the coming days.