Asia at Disney's Animal Kingdom is actually 2 separate lands or villages. There is Anandapur, home to the Jungle Trek, the Yak & Yeti, Kali River Rapids, and Serka Zong, the home of Expedition Everest. A path joins to the two, and this small shrine with old ruins is one of the most photographed spots on the trail. 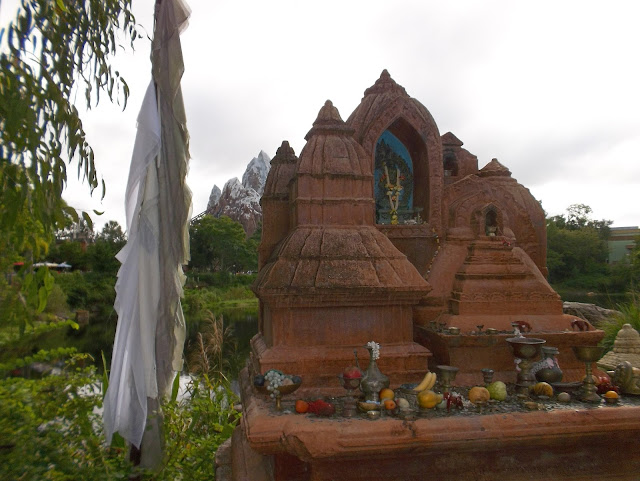 As you can see, visitors have left some offerings like fruit and carved animals. This shrine was built to appease the Yeti of the mountains behind it. And the shrine was constructed along the road to the Forbidden Mountain next to old ruins. 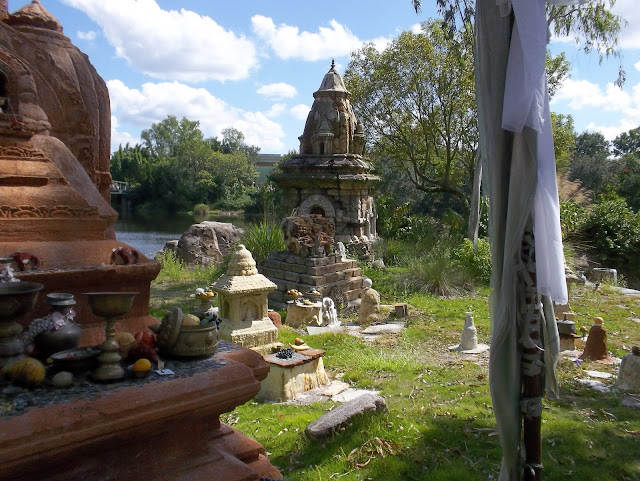 But the shrine's shape is the most interesting thing about it. By looking at this picture and the one below, you will the shrine was built in the shape of the mountains viewed in the distance. Another attempt to appease the beast living within it. 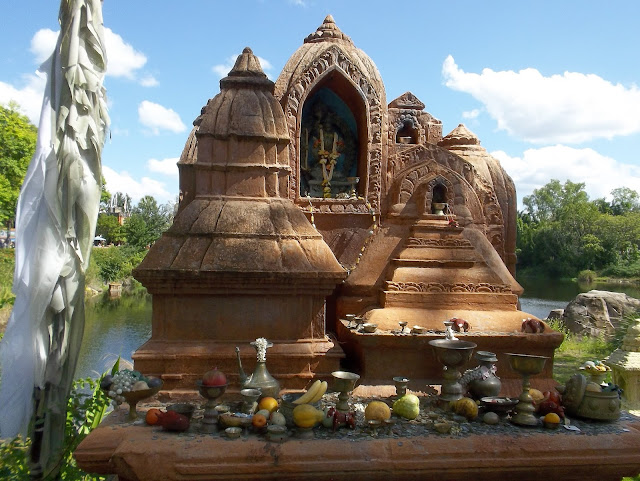 As an aside, the big moutain is NOT Everest. That is the Forbidden Mountain, home of the Yeti, the subject of the shrine. Everest is the smaller mountain to the right, the one you want to reach by crossing the Yeti's home. 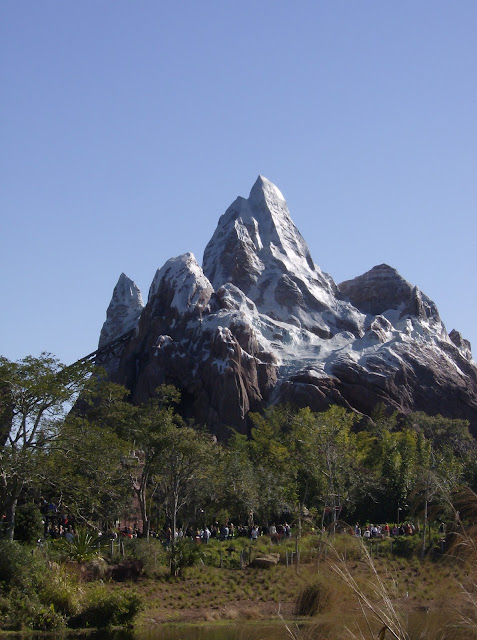