The Bamileke people were originally from a region called Mbam but in the 1600s moved to what is now western Cameroon. Today this tribe of about eight million are mostly farmers in that area. It is believed that the women make the land more fruitful so they do most of the planting and harvesting. The men hunt and clear the land. 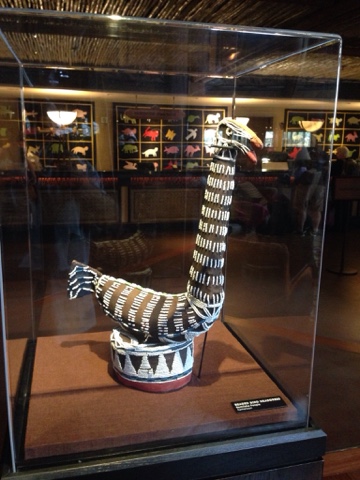 Much of the art created by these people involve royal ceremonies. Items such as headdresses are a sign of status. As some one who moves up or down the social ladder, works of art are gained or lost. Masks and headdresses are worn during ceremonies like funerals, weddings and royal occasions.