The lion tailed macaques are now out at the Maharajah Jungle Trek. Their exhibit is located just past the komodo dragon and before the bat house. A special thanks to friend of the show and blog Ken (@DisneyDad611) for these pictures of the new additions to the park. 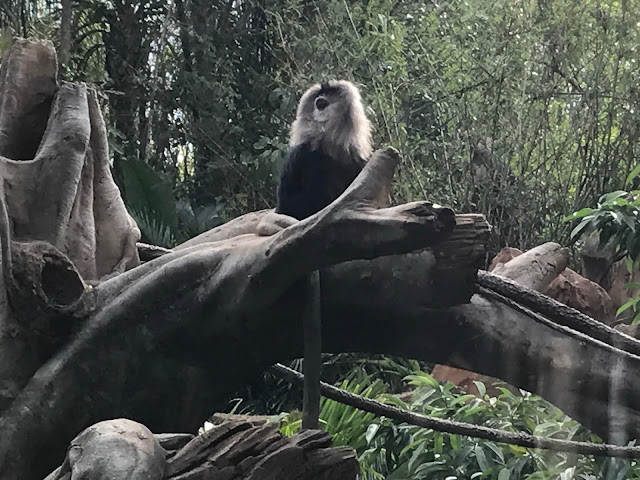 This is a perfect example of what we would like to see come to the Animal Kingdom. An interesting animal (although to me they all are) and one that needs awareness. 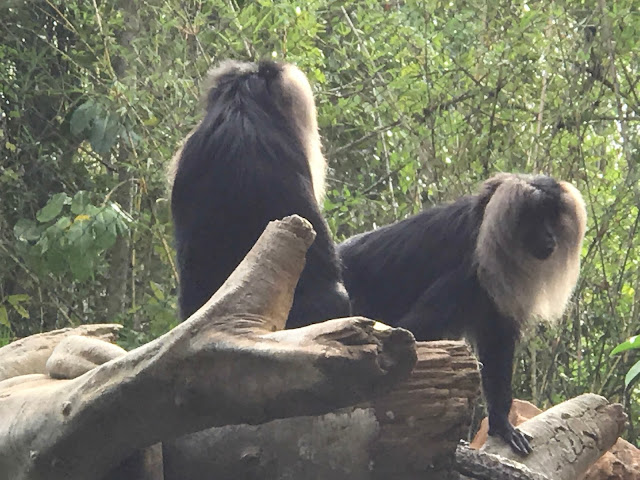 The lion tailed macaque has 2 distinguishing features. One is the black tuft at the end of their tail, much like a lion, and hence the name. But there is also that impressive silver mane. One has to wonder why they are not called the silver mane macaque. 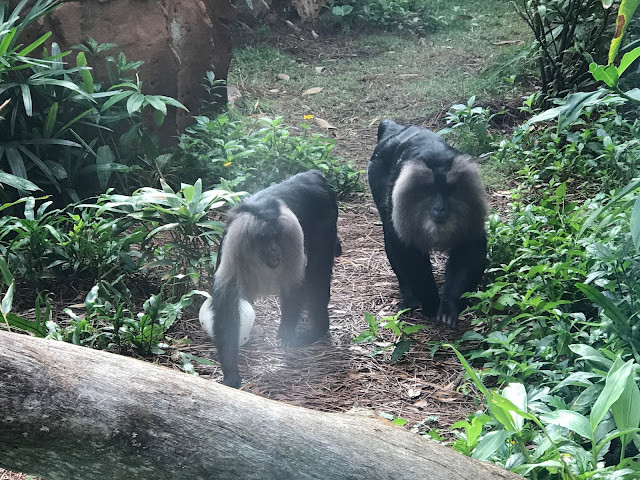 These primates spend the vast majority of their life in the canopy eating fruits, leaves and small invertebrates. They are only found in the Western Ghats of Southwest India which has been listed as one of the "hottest hot-spots" for biological diversity. 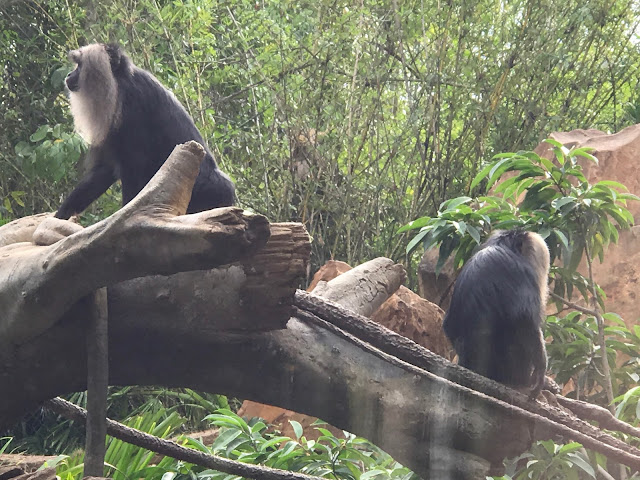 Thanks to their naturally limited range and the abundance of farms destroying habitat, they are endangered, and rank as one of the rarest monkeys in the world. It is estimated there are only about 3000 of them in the wild. 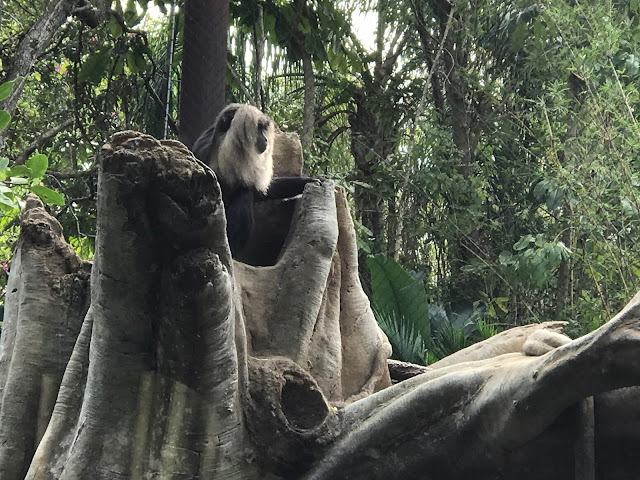 It is hoped that Disney can add to the population as they have 3 females and 1 male in the troop. In the wild, hierarchical groups usually have many more females than adult males, so this group is not unusual. But those groups do typically number around 10 to 20.