A potential opening date: WDWNT got a hold of Florida resident 3 and 4 day ticket offers. Often times, because these are significantly cheaper tickets, Disney blocks out dates such as around the Christmas holiday and spring break. This year the tickets are blocked out at the Animal Kingdom from May 27th until June 9th. Speculation is that the Memorial Day is the current target date for Pandora opening. Perhaps it is a bit of leap, but we shall see. 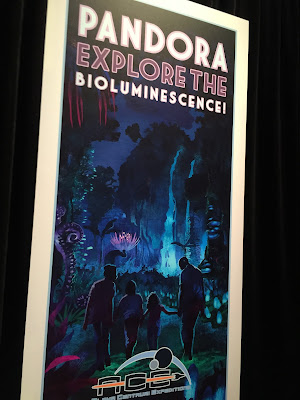 Album for 2017: I love Disney music. Who doesn't really? And Disney has plans to release the Rivers of Light and Awakenings show's scores on CD early next year. Be on the lookout for it, I've heard the music, it's fantastic.

Churros: Speaking of love, churros are back at Disney's Animal Kingdom after being gone for nearly a year. They can now be found at Dino Bites over in Dinoland.