Grevy's Zebra additions: As we mentioned on our most recent episode of Radio Harambe, 2 Grevy's Zebra foals have been born. The first was born on April 26th to Laylee and the second was born May 1 to Zuri. They are still bonding with their moms backstage but hopefully will be out on exhibit soon. This is just another addition of some important births to endangered species recently at the park including the tiger cubs, Augustus the hippo, and, of course, the adorable Stella the elephant. This species of zebra is quite endangered with probably less than 2500 living in the wild. They are also part of a Species Survival Plan, so these births are important to the survival of the species.

Grant Recipients: Earth Day, which of course recently passed, also saw the announcement of grants given by the Disney Conservation Fund to various projects around the world. Some of projects announced include protecting the Tasmanian devil in its historical range, a nest guarding program for the highly endangered California Condor, and helping to protect sea grass in the Florida Keys, a vital part of that ecosystem. For more details check out this blog post.

Wilderness Explorer's in Dinoland: One of my favorite recent additions to the park has been the Wilderness Explorer's game. As I am sure you know, there are stations located throughout the park where you earn badges to put in your book. Well, the one over at Dinoland, which was near the ice cream stand is moving with the upcoming addition of the Donald Duck party. The station will now be located near the queue of Dinosaur instead. 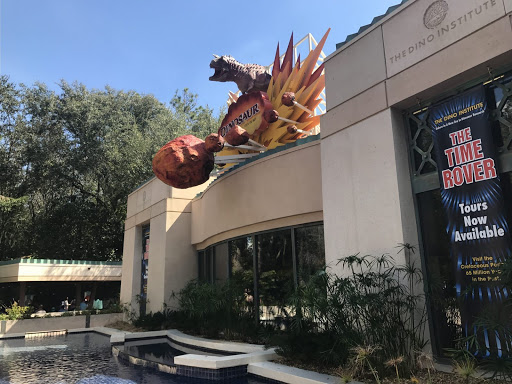