Not A Nondescript Coaster, But Certainly Time For A Change

It’s not like “I’m going to ride some nondescript coaster somewhere, that maybe is [themed like] India or whatever.” -Bob Iger

Many have asked if this line Bob Iger said in an interview last week to Barron's is really such a big deal. Well, I hate to say it certainly is. It is one thing to support a CEO who is making many creative decisions in the parks we often disagree with. But it is another thing entirely to have a leader who clearly holds the very ideals these parks were founded on in disdain. 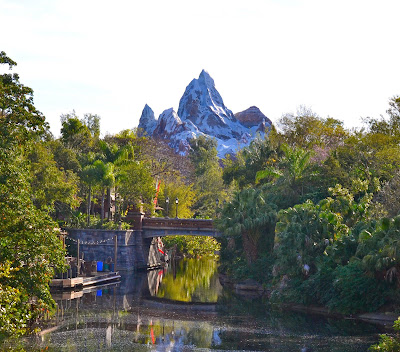 How can anyone, especially someone who is supposed to be a creative leader of the Disney Company, call Expedition Everest “nondescript”?? Joe Rohde and his team created an attraction that transports thousands of guests everyday to an incredible corner of the planet most will never go. They spent months and months getting this right, down to every last detail. It is nothing short of an Imagineering triumph in the great tradition of WED Enterprises and Walt Disney Imagineering, and this guy calls it “nondescript”?? It’s just a bridge too far for fans of the kind of detail and backstory that are the very foundation of Disney theme parks. (And he also clearly doesn’t seem to know where Mount Everest actually is, but that’s another issue for another day…) 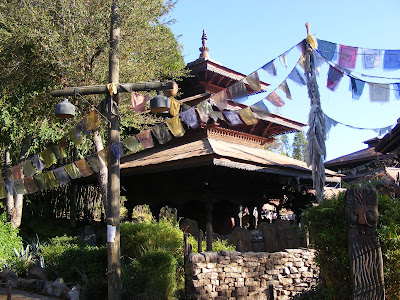 Non-IP attractions, attractions not based on existing properties like films or television shows, were as important, if not WAY more important, to Walt Disney and the team of geniuses who created the Disney Parks. I don’t need to list all of the “non film” based attraction Disney worked on, many of which were the things he was most proud of. From Main Street USA, to the Amazon River to the shores of the Caribbean, Walt wanted his guest to be transported across the globe, back in time or rocketed into the future. Not ALWAYS placed in the world of a film he was promoting. In fact he hardly ever wanted that. Disneyland was a place for creativity, not just a marketing tool.

Now we have a leader who thinks we can only enjoy an attraction if it ties into whatever film he is trying to promote now, and finds any other attraction unworthy of his attention. But what’s more, he disagrees with the very mission the founder of this company set forth. This is just not acceptable. And this is coming from someone who applauded and supported many of his early decisions. The move to purchase PIXAR and to bring back Oswald the Lucky Rabbit made us think we had a CEO who respected the Disney Company's past and creative future. But when it comes to the parks, he clearly does not. 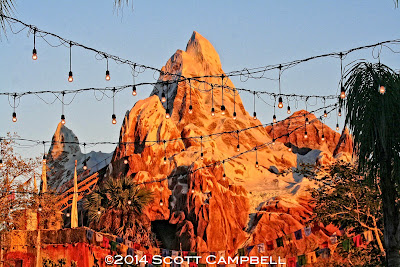 This should trouble Animal Kingdom lovers deeply, and that's why I am writing this today. Michael Eisner, a CEO many disliked for many good reasons, went back into Walt Disney's love of wild animals and exotic places and put a creative genius in Joe Rohde in charge of building a new theme park almost completely devoid of intellectual property cross-marketing. And what we got was an incredible success, perhaps the most "themed" of all the theme parks in the world. Disney's Animal Kingdom is an incredible modern example of what makes Disney parks the best and most culturalaly relevant in the world. Anyone can build a good coaster or a great zoo. Heck, for that matter anyone can build a good park based on movies. But it takes true creativity, patience, bravery and foresight to do what Walt Disney and Joe Rohde have done. And we are going to flush that all away because some former television executive who can't locate Nepal on a map thinks we only like rides about movies?

On the last episode of our Radio Harambe podcast, Safari Mike asked a great question; why did Iger even say such a thing? Why would he even think to criticize his own parks and therefore the people who designed them? That is a great question, and my fear is this might be a sign that there actually are people in the Disney Company, maybe Imagineers who go back to before Iger's tenure, who do not think the parks are on the right track. Maybe we are not the only ones who believe Pandora doesn't belong in the Animal Kingdom. Perhaps there are others in these meetings who know Guardians of the Galaxy has nothing to do with Future World or Epcot, it isn't even set in the future for crying out loud! Maybe this was just Iger's way to publicly push back on those voices making sense. Of course, we shouldn't expect a man who is clueless about the Himalayas to also know that Arendelle is not, in fact, in Norway.

I hate to say it but it is time for Iger to go, or at least to hand off creative control of the parks. It is time for someone who fosters creativity and new ideas within the Disney Company to take over before we end up with theme parks devoid of identity and completely without a theme.

Posted by JamboEveryone at 4:26 PM