The Jambo Everyone Conservation Effort

How We Can Help Save Our Friends

The best way for all of us to help save our beloved wildlife is by helping those who are dedicated to making a difference.  We have partnered with these folks and we donate all of the profits from anything we make to them.  We also encourage all of our readers to help these organizations anyway you possibly can.  Asante Sana!

The Grevy's zebra is also known as the Imperial Zebra. It is the largest of all zebra. But it is also easily the most endangered species of zebra. It is estimated that there were approximately 15,000 in the wild in the 1970s. Currently, it is believed there are less than 2,500 in the dry grasslands of the Horn of Africa, more specifically Ethiopia and Kenya. This represents a decline of over 75% in 30 years. In Ethiopia, it is believed there are less than 200 wild animals left. There are about 600 living in captivity.

The animal is protected in both countries of origin. Although the political instability of the region makes it difficult to regulate poaching. In the past, the animal was hunted for its hide as a decorative piece throughout the world. Hunting has since declined but habitat loss is the threat now. In these areas, water is highly coveted and farmers fence wild animals out of watering holes for use by their cattle. Less than 1% of the Grevy's natural range is currently protected. Getting the animal "more space" as it were may be the only way to save it from extinction.

Everyone knows that cheetahs are the fastest animals on the planet. But many don't know that cheetahs are endangered. They once roamed from the southern tip of Africa through the middle east all the way to India. But today they only number about 15,000 and are restricted to the savanna of Africa. 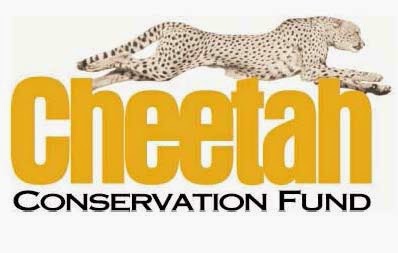 Like many animals, cheetahs have suffered from habitat destruction and poaching. However, the biggest problem may be the cheetah itself. Some time in the past (around 10,000 years ago), the cheetah suffered from a massive reduction in numbers. Now, the animal is essentially genetically inbred with genetic diversity being minimal. In most species, one animal shares about 80% of their genes with another unrelated animal. All cheetahs share about 99% of their genes with other cheetahs.

This means that cheetahs suffer from high birth mortality as well overall difficulties in breeding. Plus, they are extremely susceptible from disease. Zoos like the Animal Kingdom take care in ensuring only unrelated animals mate. Also, artificial insemination and in vitro fertilization are commonplace. The SSP, or Species Survival Plan, is a tool used by zoos to keep tabs on the genetic diversity of animals in zoos across the country. Cheetahs have their own SSP.

There are 18 different species of macaw and all of them are threatened. Currently, Disney's Animal Kingdom is home to several different kinds including the Scarlett, Blue-and-Yellow, and the impressive Hyacinth, largest of the macaws.  There are also several types of parrots located throughout the park including the Flights of Wonder show. Of the 145 species of parrots, 45 are endangered.
Macaws have taken a sharp decline in the wild. Like so many other animals of the jungle, habitat loss has been a major factor over the last fifty years. All macaws come from the neotropics, which is Southern Mexico through the Amazon rain forest. Logging and over development have caused disruption in breeding sites.


But even more problematic is the pet trade. Hyacinth macaws can fetch up to $10,000 in the pet trade, a valuable prize. However, for every bird you find in a pet store, dozens have died in an attempt to capture and ship them to the United States, Europe and Asia. The States are the largest market by far. In the last decade, 8.5 million birds were imported or smuggled into the USA, which is nearly 85% of all imported birds.

There are 4 subspecies of gorilla in the world, all of them endangered. Poaching, habitat destruction and disease are the biggest concerns for the animals. The most common species, the western lowland gorilla, number nearly 40,000 but everyday the loss of the jungle is bringing that number down. Gorillas as a species are the most threatened of the African apes and all are considered "critically endangered."
The timber industry is currently the biggest threat. As the governments of the area struggle with war and poverty, gorilla conservation is low on the list of priorities. Not only does the timber industry take away habitat, it also allows easier access for hunters. At the Animal Kingdom, you will see graphics demonstrating the issue of bushmeat. Gorillas are a part of that problem as they are hunted by locals for food. The Ebola virus has had a devastating effect on the human population in Equatorial Africa. That disease affects gorillas, as well.

Other subspecies are in worse shape. Mountain gorillas, made famous by Diane Fossey and her book Gorillas in the Mist, are only found in two places on Earth and number around 700 animals. The Cross River gorillas was thought extinct until the 1980s. It is thought there are less than 300 of their kind. The Grauer's gorilla live only in the Republic of Congo was has been particularly devastated by warfare. There are less than 8,000 left in the world.

Disney's Animal Kingdom features both species of African rhino, the Black and the White. And both are endangered. The White rhino currently numbers just over 20,000 while the population of Black rhinos is thought to be less than 5,000. In Asia, the situation is even worse. The Indian One-horned rhino numbers less than 3,000. The Sumatran rhino has less than 300 animals in the wild and the Javan species numbers only around 50.

Poaching is the perhaps the biggest issue. The horn of the rhino is still used in ornamental pieces, especially daggers in Yemen and other areas of the middle east. However, this market, a major issue twenty years ago, has diminished greatly. However, hundreds of rhinos are currently poached each year for traditional Chinese medicines. Ground rhino horn is used as a cure for numerous ailments in China even today.  Over the past few years, the rhino poaching crisis has rapidly worsened, due to the increasing demand for rhino horn. In South Africa, in 2007, 13 rhinos were poached, however in the first 10 months of 2012 over 460 have been killed for their horns. Historically rhino horn was predominantly used in Traditional Chinese Medicine, however there has been a growing demand from Vietnam, following rumors that rhino horn has cancer curing properties, along with being used as a hangover cure and a status symbol by wealthy businessmen

Poaching is not the only problem. Habitat loss, particularly for the Asian species, is a key issue. Logging and deforestation has caused habitat fragmentation. Many countries have lost their rhino population altogether. Two hundred years ago, it is thought there were a million rhinos on Earth. Now, there are less than 30,000.